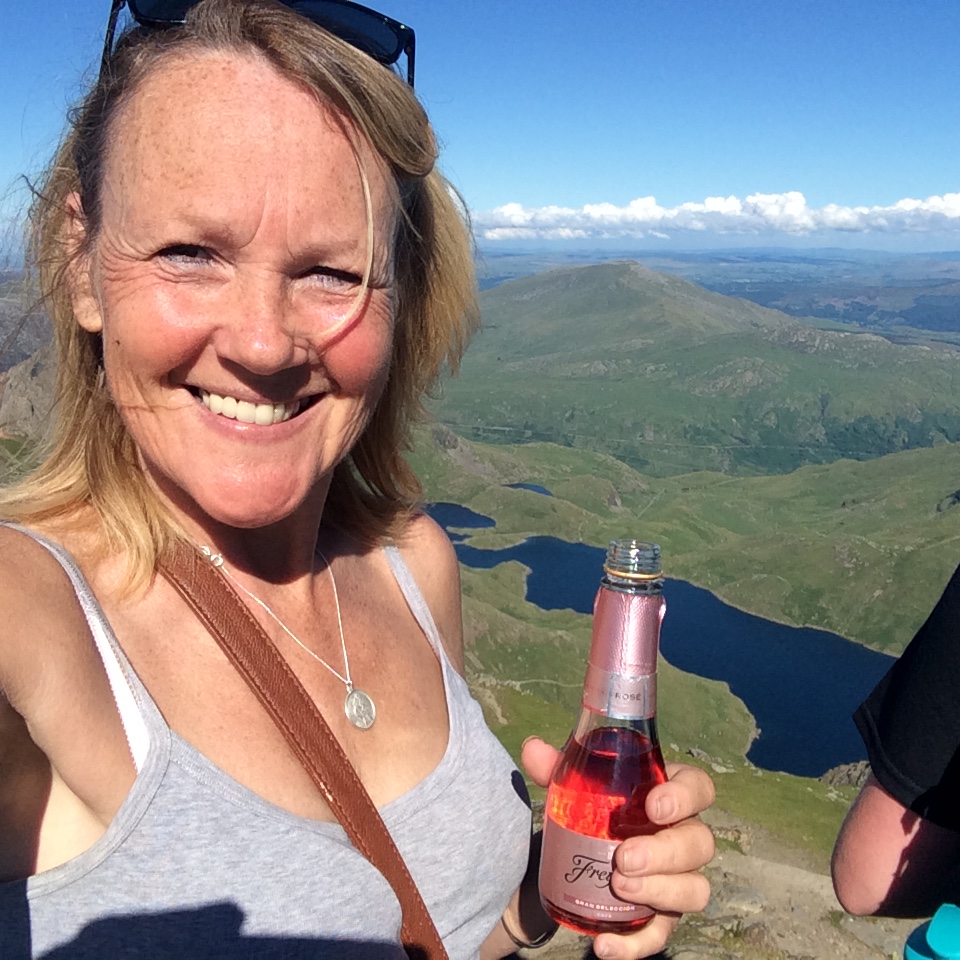 Since I became very ill last year with various problems I have not cycled, ran or walked/hiked since the end of 2014.  Snowdon was always one of my favourite walks/climbs so now that I am a lot better I really wanted to test myself and climb Snowdon again while I am in North Wales. 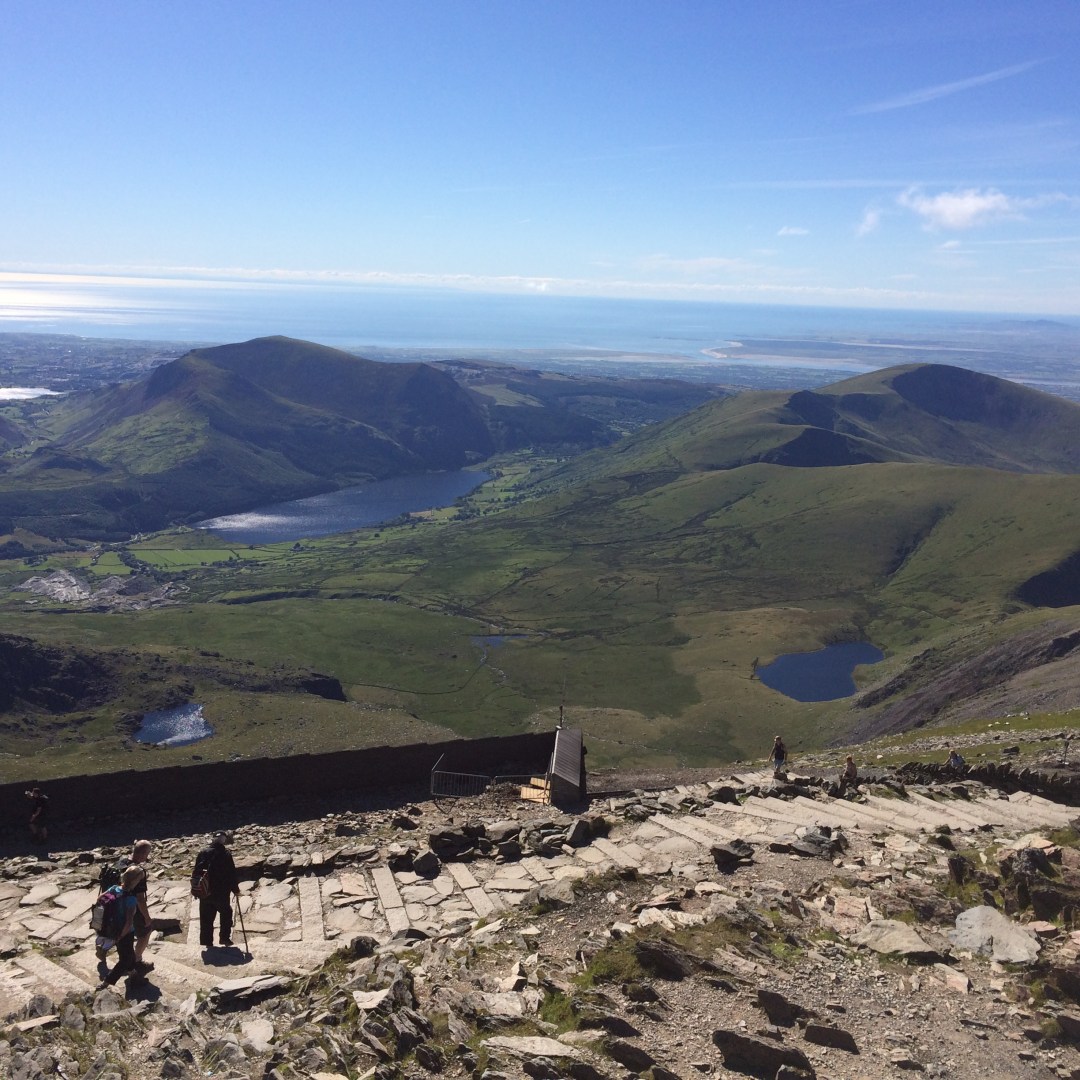 The day was wonderful, the weather was ideal, the sun was shining so I decided today was the day, but I didn’t want to go too early as the carpark at Pen y Pas fills up very quickly with all the keen and eager early climbers, I know you can do the park and ride from Llanberis but then you are restricted time wise with buses etc. so I decided to take a drive over after lunch and try to park in Pen Y Pas so I could do the Miners path. 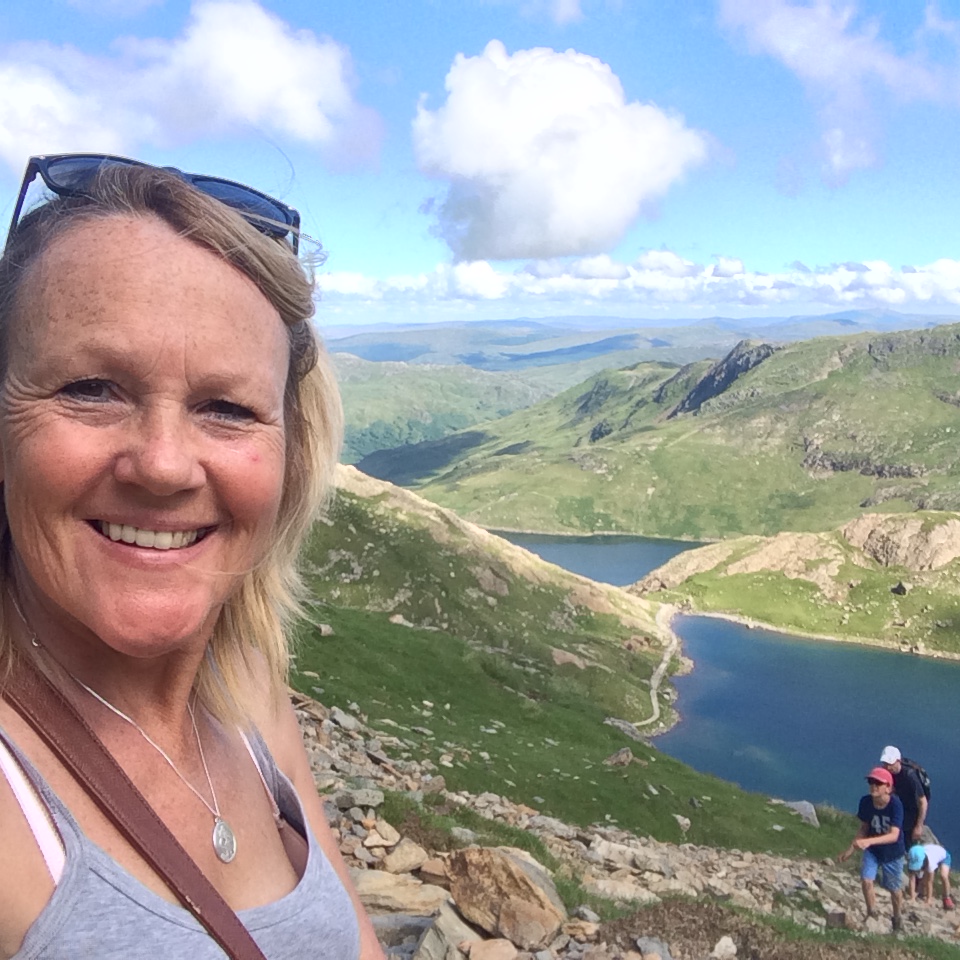 I haven’t done the Miner’s path since I took my boys up many years ago, the times I have done it since we went on the Pyg track and it was in the worst conditions on one occasion; I was working with a company called ExpeditionWise and we were taking a group of people on the National Three Peaks challenge in June, the weather was so bad, we got drenched many times in between the strong winds drying us on Ben Nevis, stopped from climbing Scaffell Pike because it was completely flooded with the Fire brigade stopping people going up, so we ended up staying in the mini buses in a carpark in Carlisle while we waited for the weather to improve before we could move on down to Snowdon.  But when we arrived at Snowdon the weather was even worse with driving rain and 50mph winds, but the group had paid to be guided on the challenge and after doing a risk assessment it was decided that it was a possibility so we went ahead and made the climb and in record time, I think everyone just wanted to get it over with. 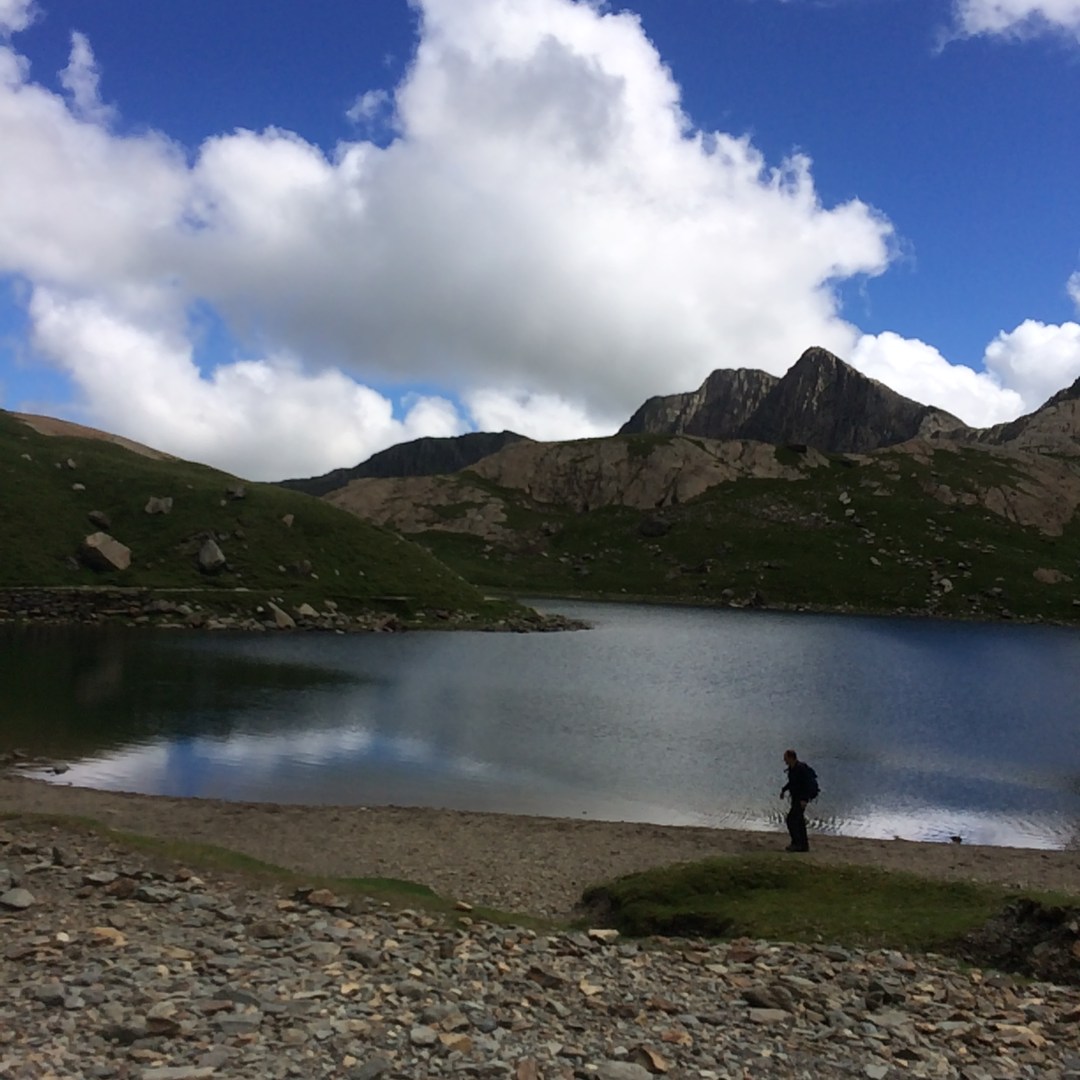 Another time I went on the Pyg track it was with two lovely friends from Cycle club and we had a lovely day, we took our time and enjoyed the views, the weather wasn’t too bad but it was a bit cloudy and cold at the top but we celebrated our climb with a Welsh beer bought from the café at the top. 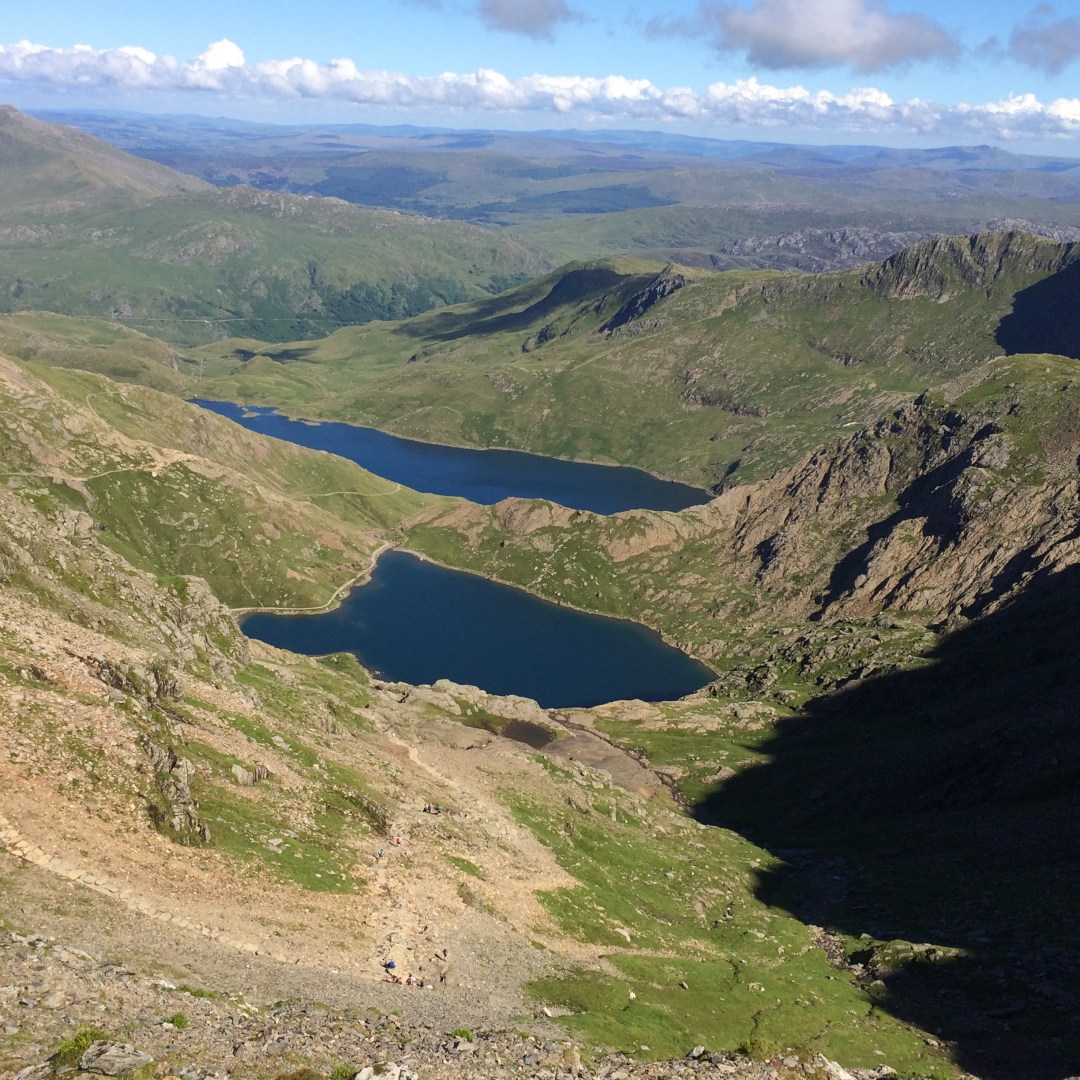 Anyway I got to the carpark at Pen Y Pas at about 1.30ish after lunch, the drive over was tremendous, having come from a different direction to the way I have come before, the views of Snowdon were amazing during most of the drive and I was really looking forward to the climb on such a lovely day, there was a little cloud covering the peak of Snowdon but mostly it was a good day.  I got to the carpark and it was full, so I was really gutted and sitting there wondering what to do when a car came out of the carpark which meant I had a space, great, I quickly parked the car went to the loo and started my journey, there is still some pain in my knees and legs in general but I felt compelled to do it as a kind of benchmark by which to measure my recovery. 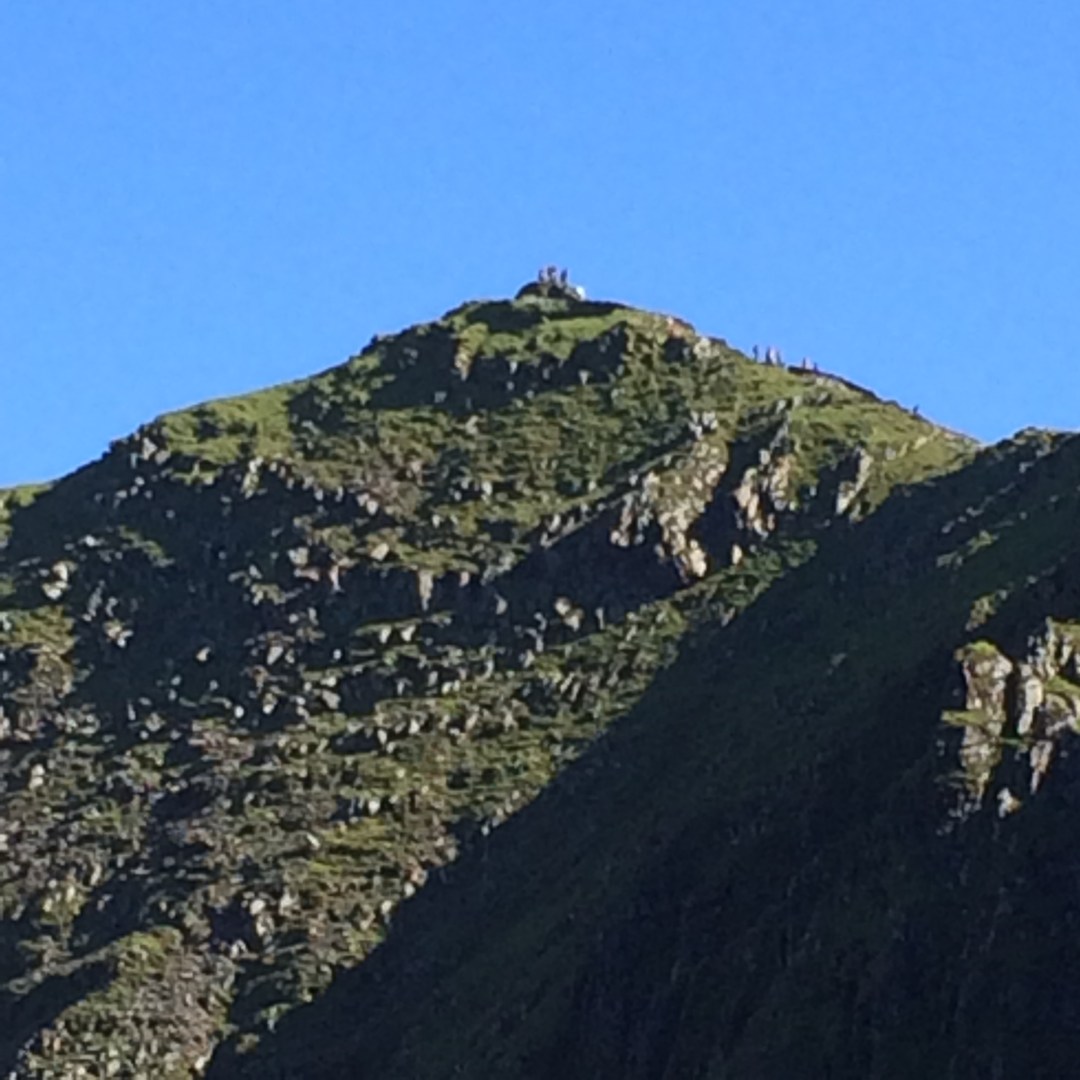 I suppose mid-afternoon is not the best time to go up for most but the path was pretty clear, just a few people ahead of me and a few behind, I met very many coming down so I think I chose the right time, the climb was harder than I remembered, I had taken banana sandwiches to eat when I got to the high lake which was the start of the real climb, before that on the Miner’s path it is pretty flat for a long while and the path meanders around a few lakes but there is a higher lake which you have a gradual climb to then the fun starts, anyway I got to the high lake within an hour and a half, ate my sandwiches and carried on up the hardest part, it took me roughly 3 hours in all, but the best thing about it was, from quite low down I could see the peak, the clouds had cleared and it was a completely clear sky which only egged me on more, it was tough, my knees were in pain but it was not insurmountable, I was very careful not to fall or trip over the rocks.  I reached the stone post which is the point where you can see the views over the other side of the mountain and it was jaw dropping, you could see the whole of Anglesey, the Isle of Mann, the Wicklow mountains in Ireland and even parts of the Pembrokeshire coast.  I just stood for a while and marvelled at the view along with a few others.  By now the sky had no clouds to be seen just pure blue sky; I carried on up the path to the summit as the train passed me taking more people down the mountain to LLanberis. I reached the summit and just couldn’t keep the smile off my face, when I was ill last year I never thought I would be able to do this again, due to the damage done to my knees and feet and ankles because of the RA, but I did it!!!!!  I quickly started to dread the descent which is much harder on your knees.  I opened my pink Champagne which had been given to me as a gift before I left and celebrated my achievement.  I sat on the summit for a while just looking out at the wonderful views and just enjoying everyone else’s success, there was a young dad with his son, a teacher with a group of school kids, a group of American girls, two guys with their bikes (MAD) as well as some others milling about so I became chief photographer taking pics of them all on the summit. 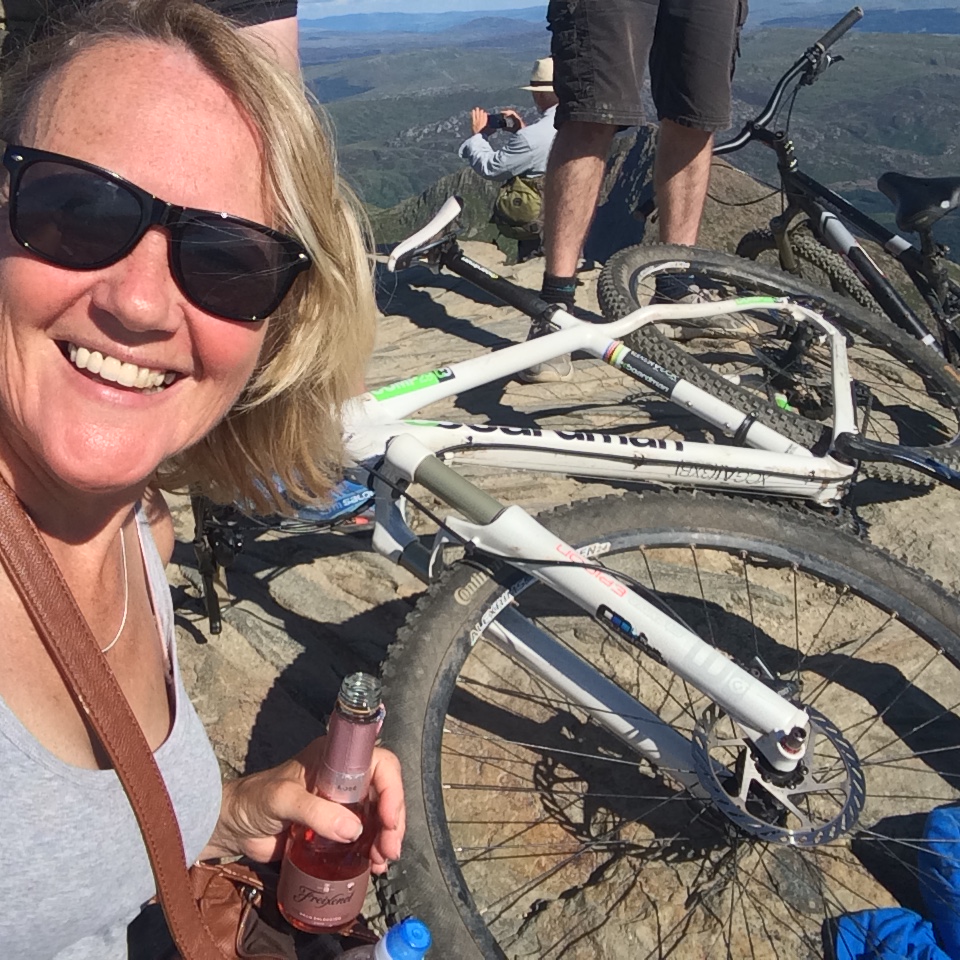 I went in the café and sat for a while looking out again at the views and watching the train coming and going with more passengers, I did contemplate going down by train but apart from the fact that it would have cost £22 it went down into Llanberis and I was parked in Pen y Pas so I would have had to get the bus to get my car, I quickly dismissed this idea and prepared myself for the descent. I took my time coming down because, as I thought, it was much harder on my knees but as there weren’t too many people about it was ok to be slow, I got back to my car about 9.30pm and I have to say I was really worn out and aching, I suppose the thing you forget when climbing a mountain is when you reach the peak you are only half way through your walk, but anyway I was so glad I did It and have smiled to myself ever since. 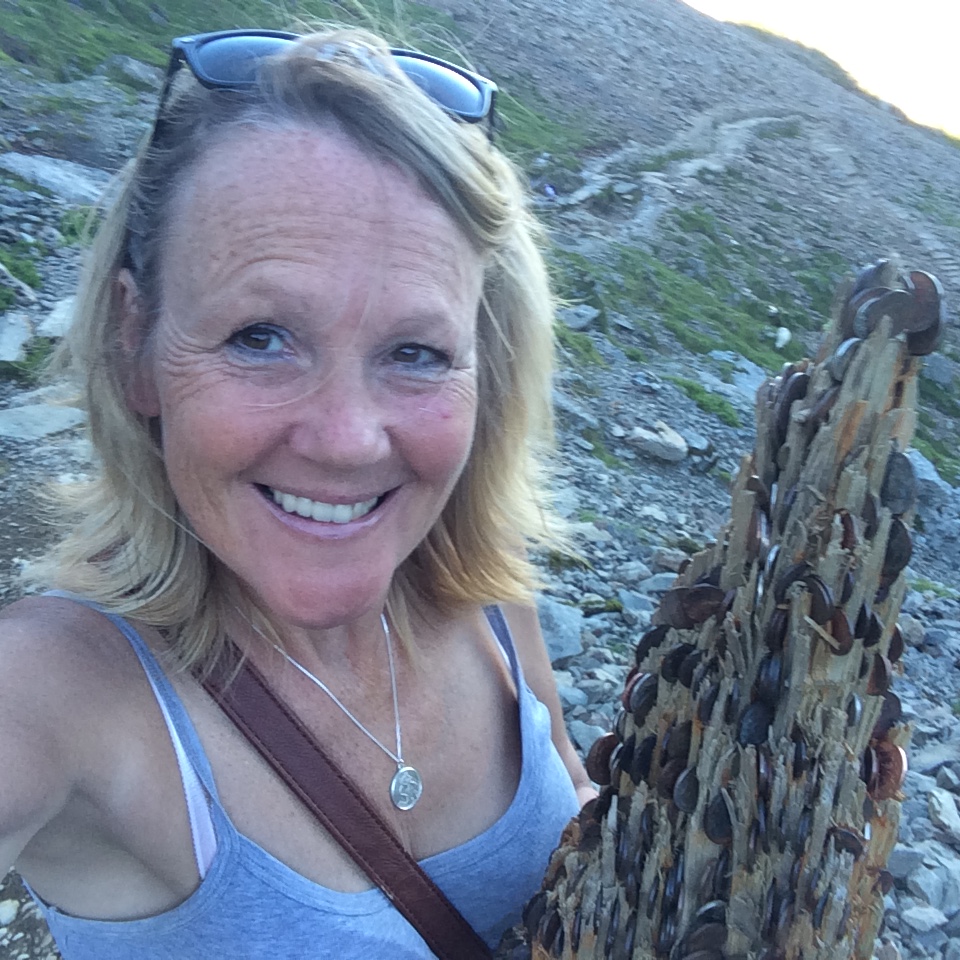 Snowdonia is a beautiful area and one day I want to come back and climb some of the other peaks, the good thing about that is  I live in Wales and will always be coming back, even in between all my travel trips and after I have finished my travelling I will still come back to Wales. 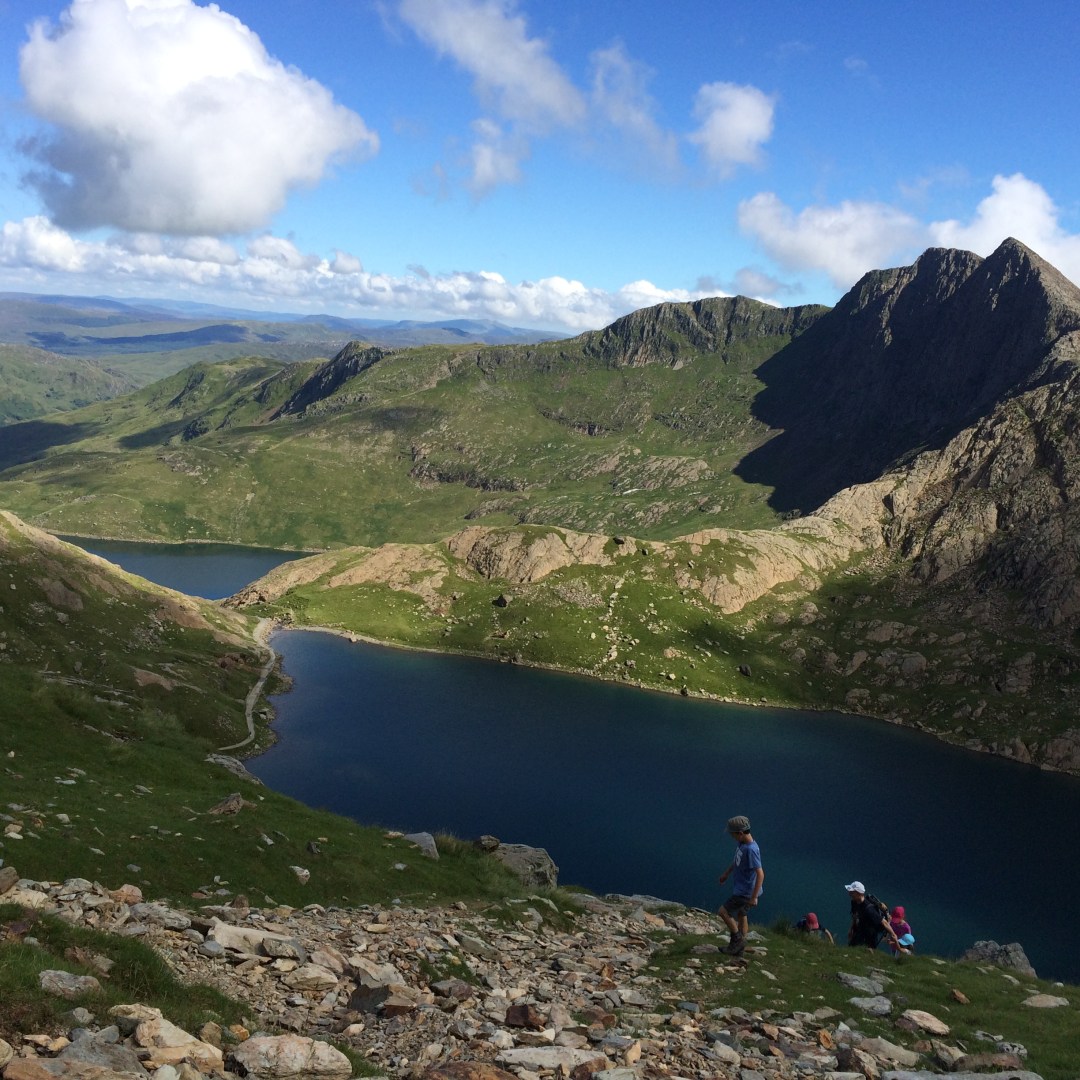