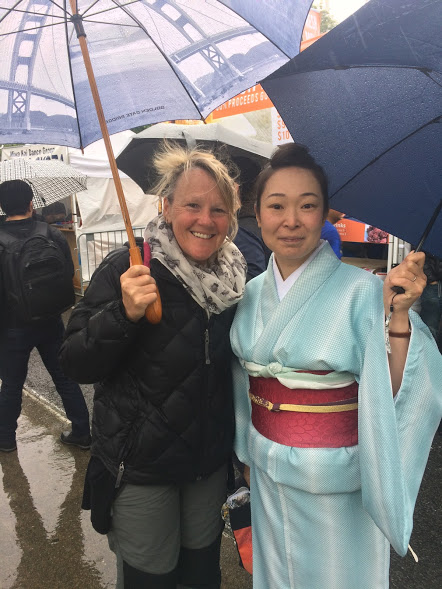 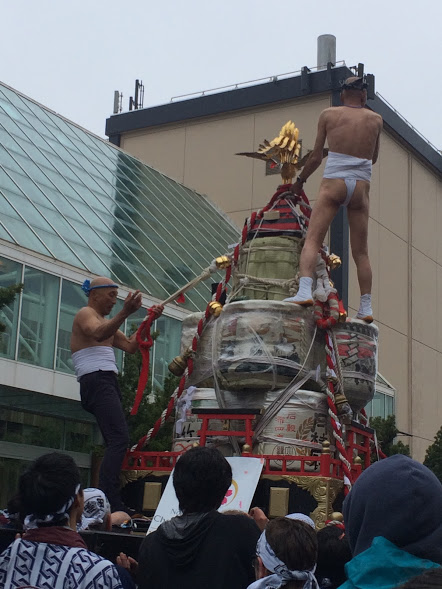 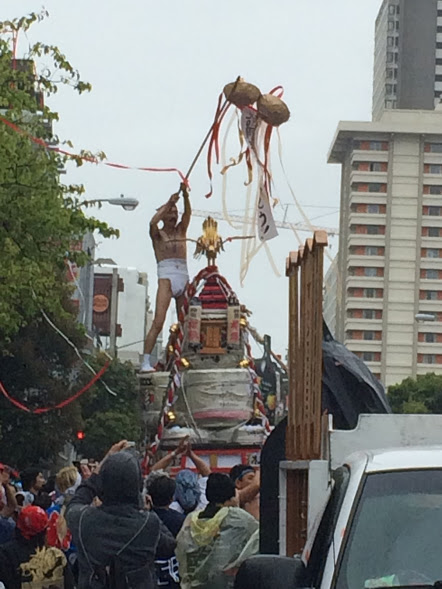 They don’t do Easter over here in San Francisco, I’m not sure if that applies to everyone or just the family I am staying with, having said that I haven’t seen Easter eggs for sale in the shops or any mention of it, hardly anywhere, I was so glad, I don’t like it back home, all that money spent on chocolate, what a waste, it is all so over the top now.  I had read in the week about the Japantown Cherry Blossom Festival which was being held all weekend and really wanted to go today as it was the final parade which goes from City Hall to Sutter Street in the heart of Japantown.  The Festival was in its 50th year and even though it is hosted in San Francisco, it is for the whole of Northern California!! 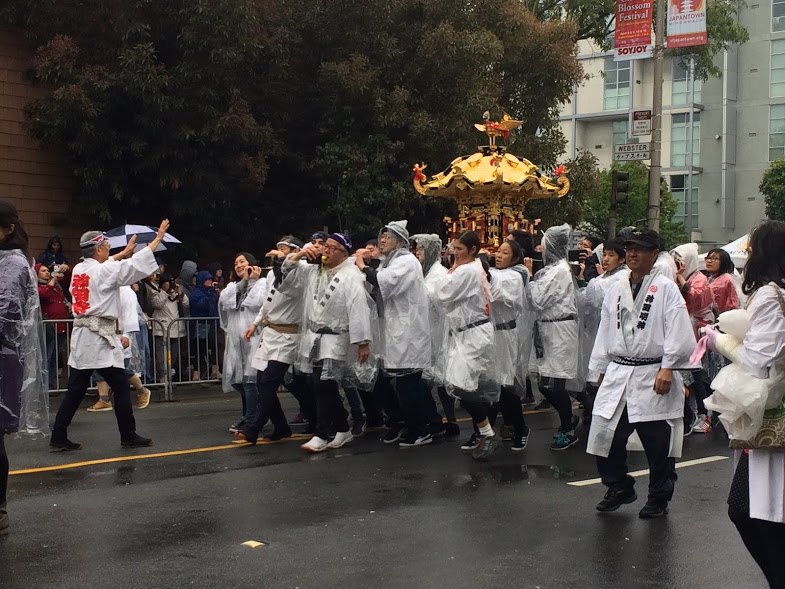 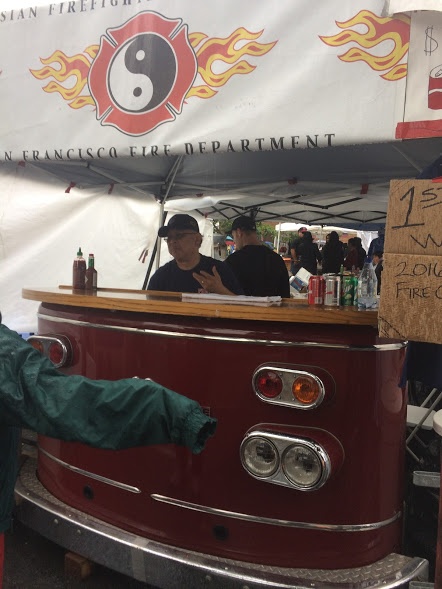 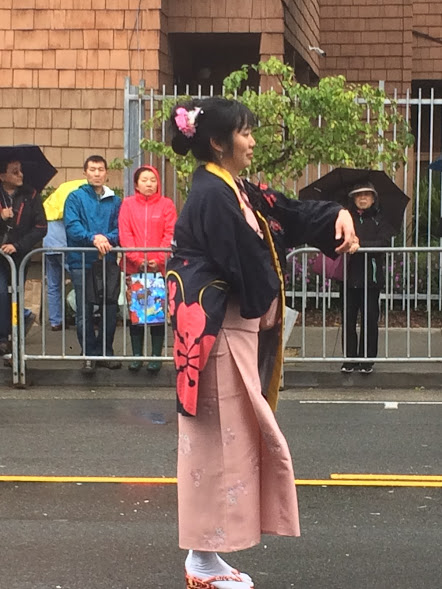 The festival wasn’t starting till 1pm so Finbarr and the family took me on a trip over the Golden Gate Bridge to the Marin headlands which can be seen from San Francisco across the Bay, it is a large mountainous region which has Muir Woods and Mount Tamalpais as part of its landscape, this time we went to the old lighthouse which is at the end of a rocky outcrop on the headland and provides stunning views across the bay to San Francisco skyline.  We walked and took some pictures of the stunning views then made our way back to the city.  Finbarr showed me where he cycles every day after work, what a beautiful cycle that must be every day! 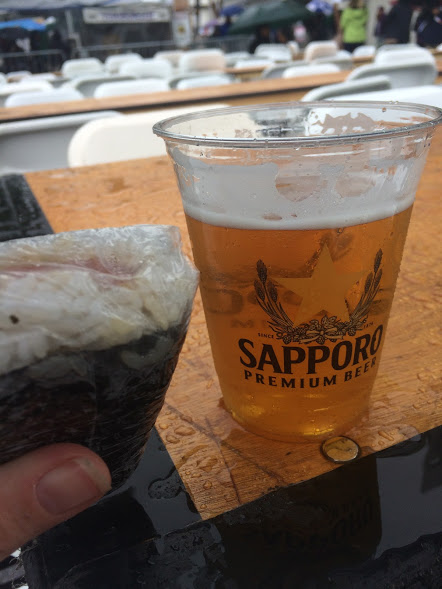 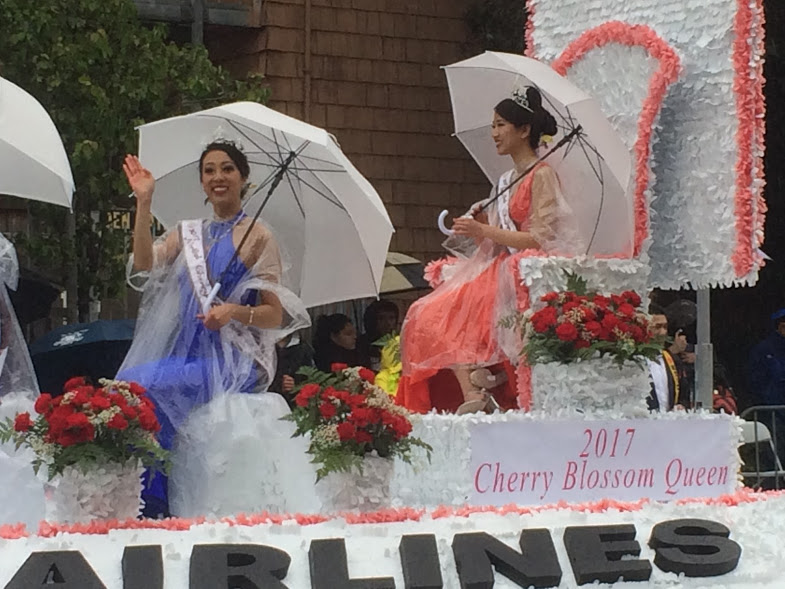 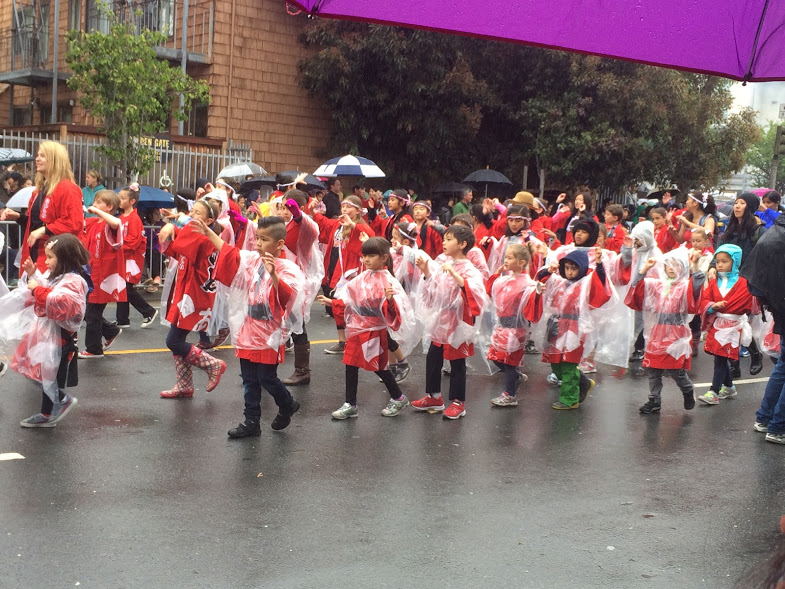 They dropped me off in Japantown about 12.45 so I took a walk around all the food stalls, and decided to try the spam masubi, I remembered Finbarr told me his son liked them so I got one for little Finbarr to take home.  It was raining, unfortunately; apparently it was the first time it has rained since the year 2000, typical, I must have brought it with me.  I ate my lunch which was lovely; it is like a big sushi roll of rice covered in vine leaves with spam in the middle! Yes Spam, apparently it’s big in San Francisco, they have different flavours too! I had a Japanese beer to wash it down with and waited for the parade. 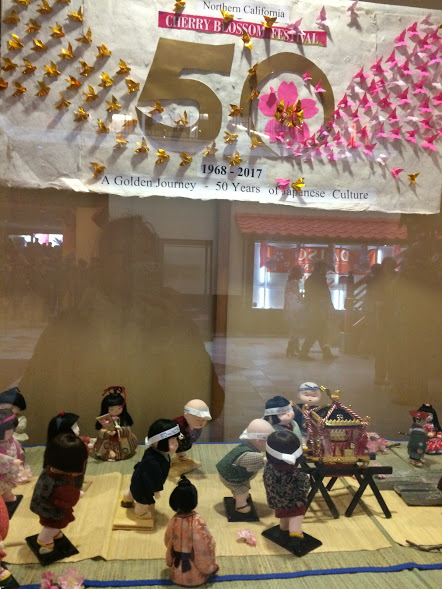 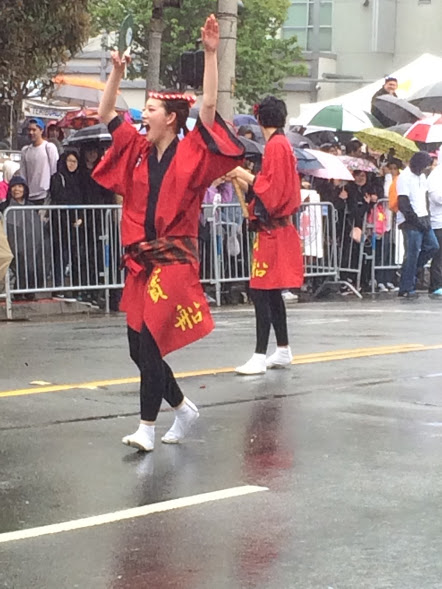 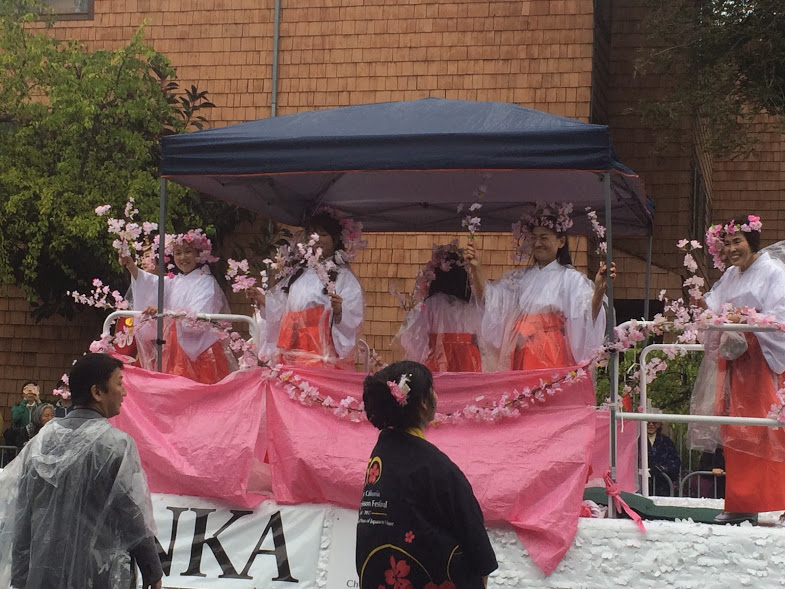 I went to see some of the Japanese shops and visited the Bonsai Exhibit, as I have probably mentioned many times before, I love trees, in any shape or form, but the Bonsai are amazing, I spoke to the guys who grew them about how to care for them, it all sounds very interesting, maybe when I have a house again I might get one! 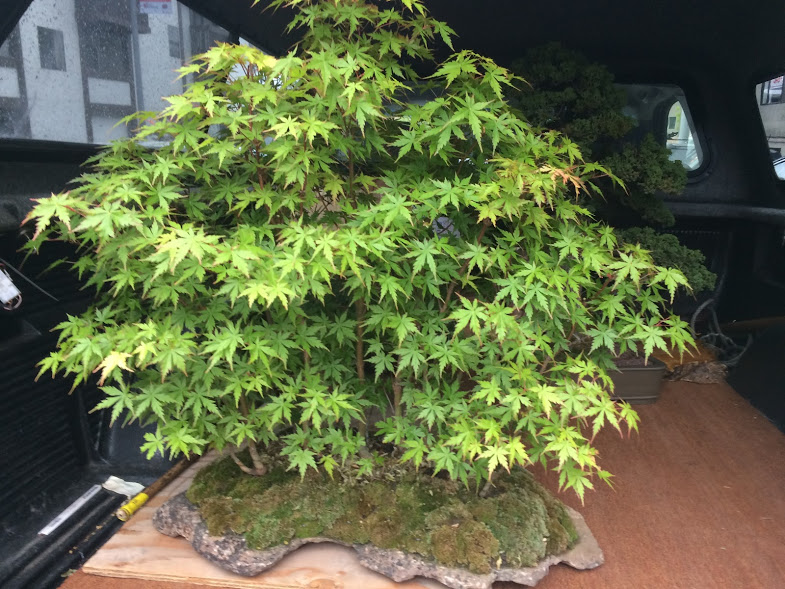 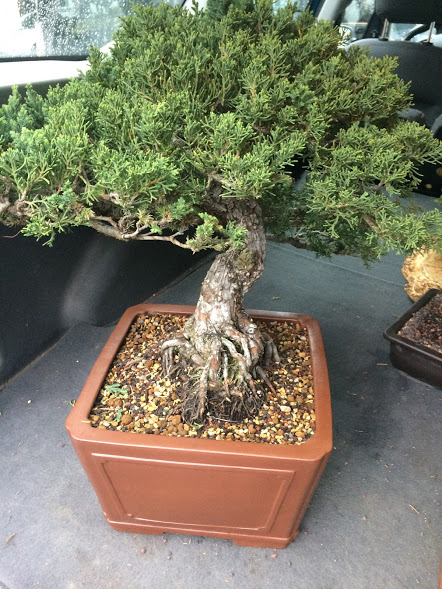 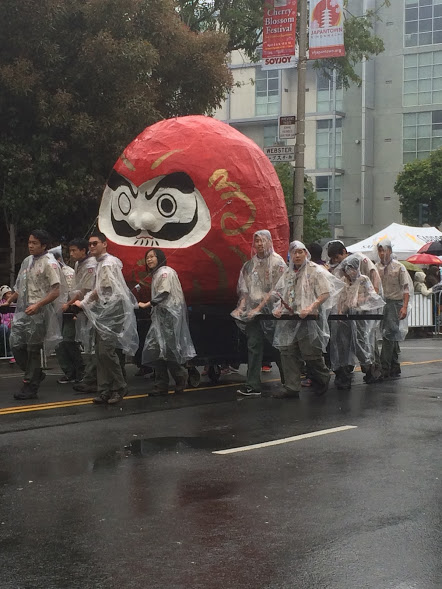 The rain was very heavy during the parade but it didn’t dampen the spirits of those performing, they just covered themselves with plastic coveralls and carried on.  There is a Cherry Blossom Queen; The Grand Marshall Konishiki Yasokichi (three time Sumo champion) is in attendance along with the chief of police, heads of Japantown, and other famous Japanese elite.  The highlight of the parade is the Taru Mikoshi which is a portable Shinto shrine believed to hold a god or deity; it is made of barrels of sake with a phoenix on the top.  Two men dressed in Sumo wrestling garb stand atop the Mikoshi and blow whistles while dancing on the top, holding on to coloured ropes to ensure safety.  There is an opportunity for you to apply to help to carry the Mikoshi; a Facebook page is set up every year for volunteers to help carry it through the town on the parade.  It was quite a sight; I was too late but wished I had been in time to volunteer to carry it with the thronging crowd! 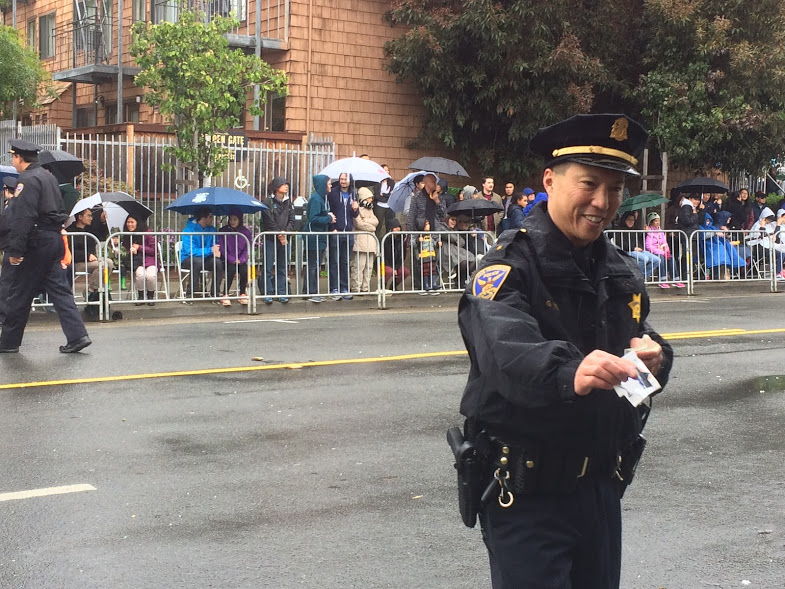 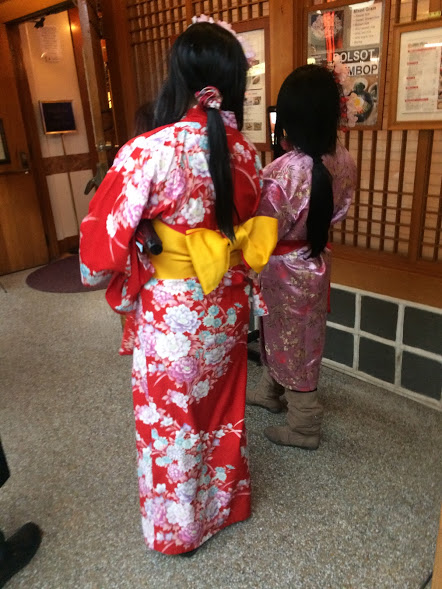 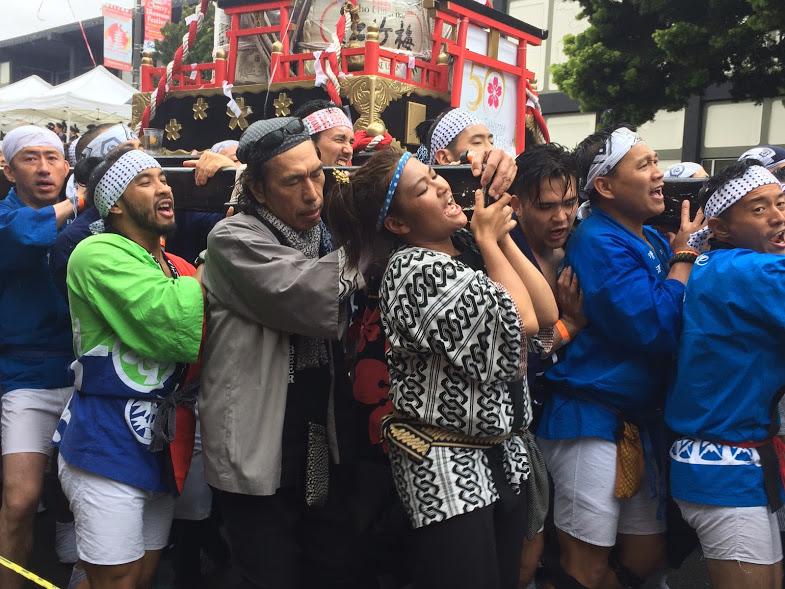 The whole parade was very colourful with many people in traditional Japanese dress, it was very musical with lots of bands playing as they went down the street and it lasted for about an hour, there were many, many floats and lots of people walking with small children in school groups attending also.  There was also a huge computer gaming community, who I saw on the stage after, but I really didn’t have a clue what that was all about, seeing as I don’t play these games.  After the parade there was plenty of entertainment on the outside stage, singing and dancing, not just Japanese culture but also Japanese bands singing current stuff.  All in all, I’m so glad I went, it was a lovely day, it would have been better if the sun was shining though!! 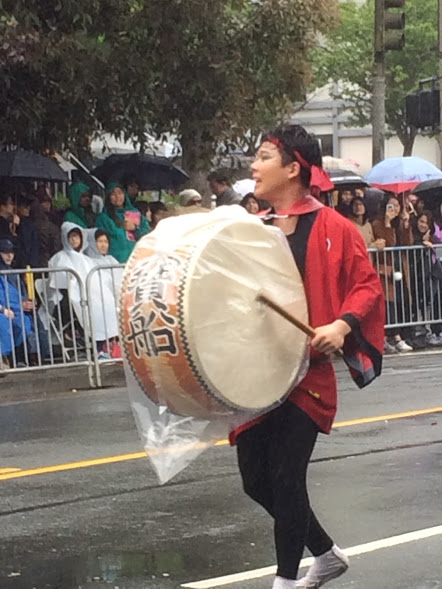 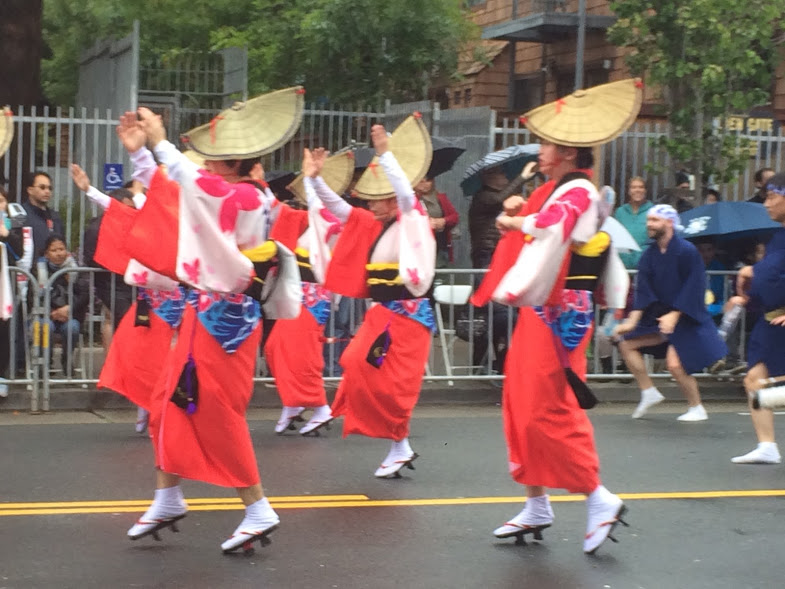 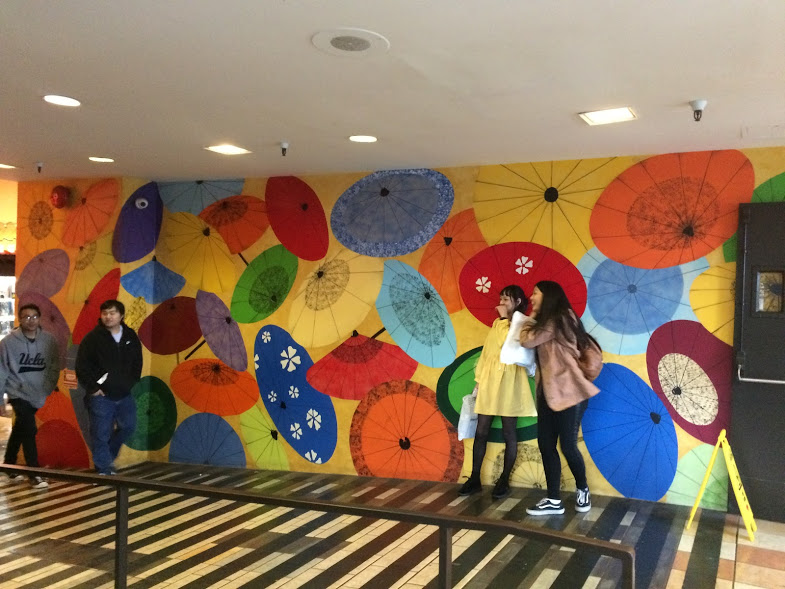 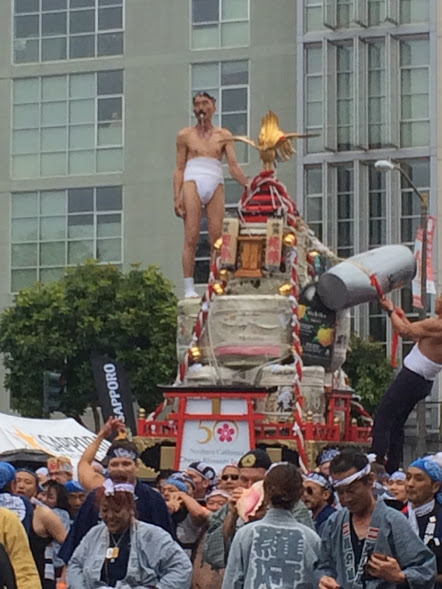 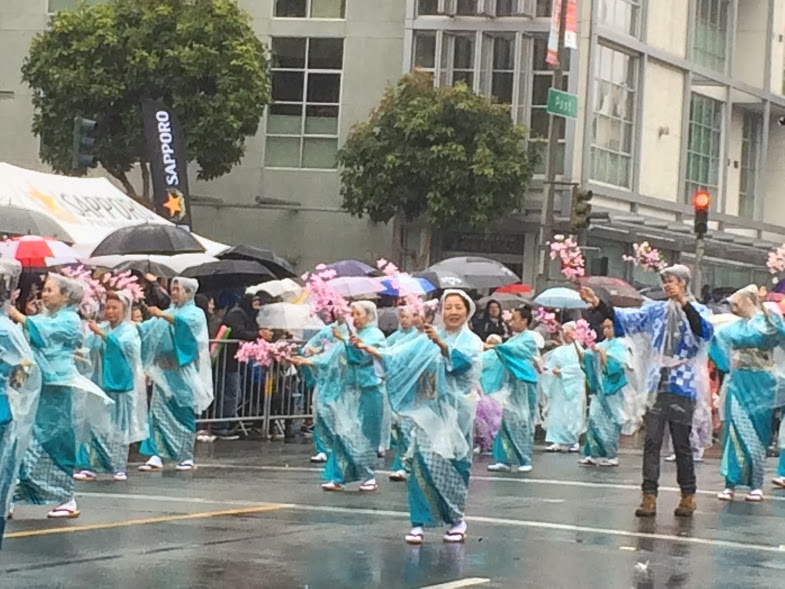 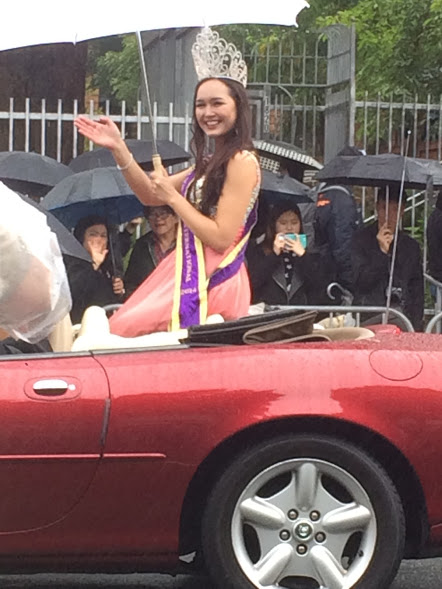 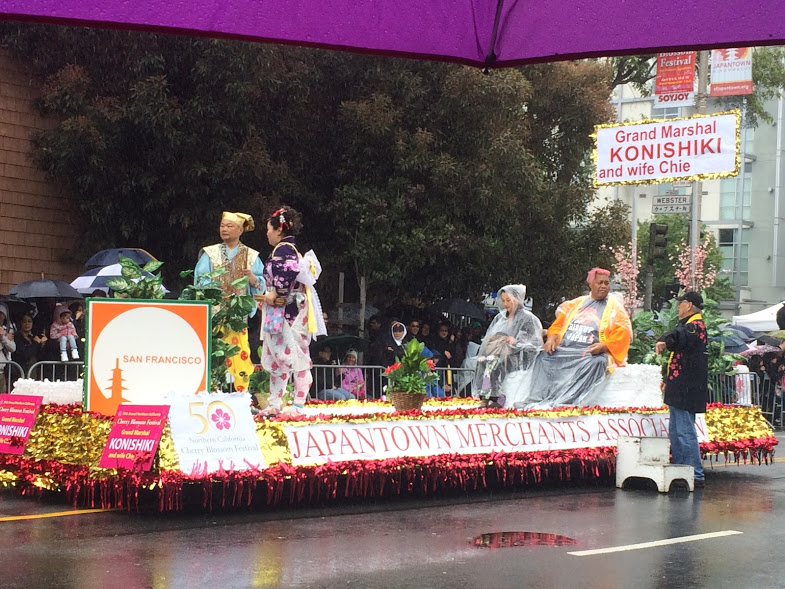 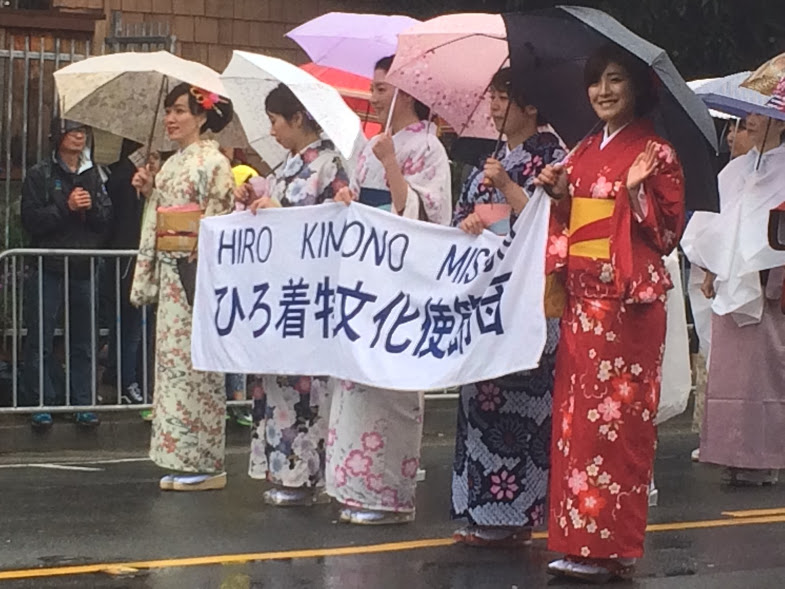