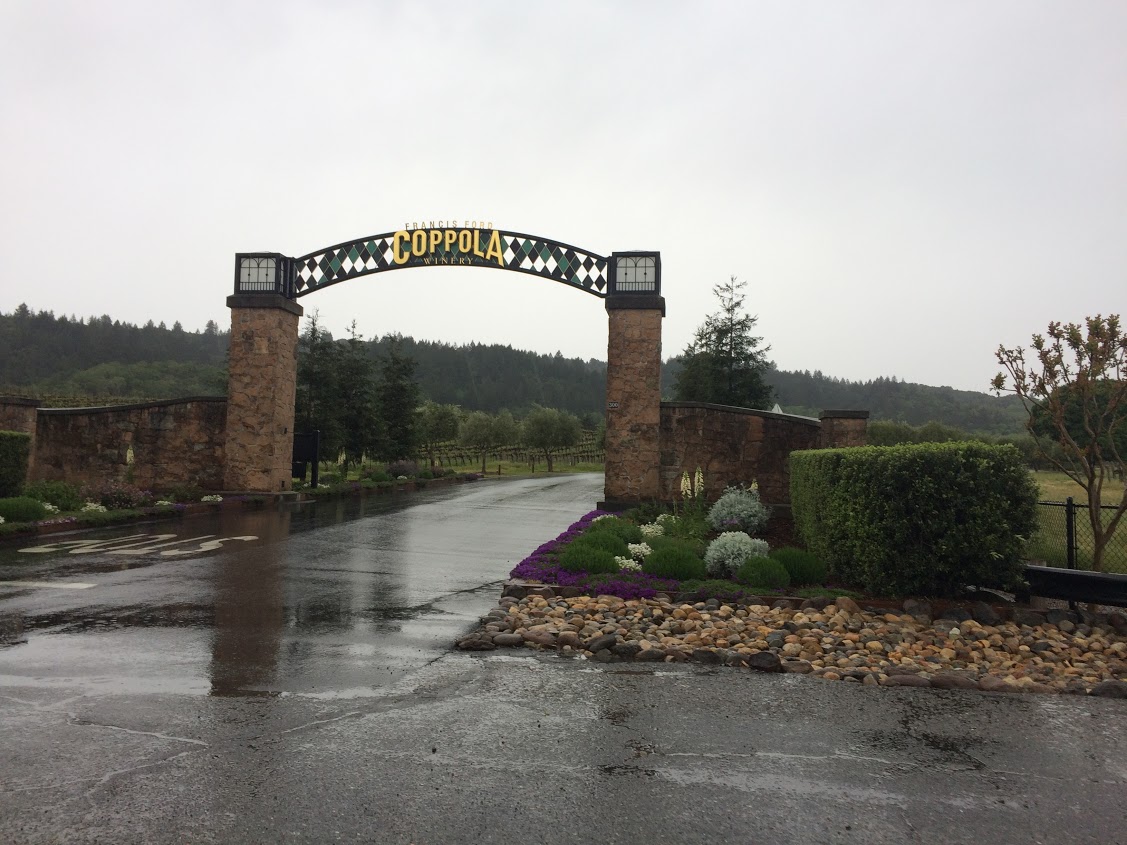 Today we went to Francis Ford Coppola winery in Geyserville.  It was spectacular, he is the guy who directed the Godfather Trilogy films, amongst many other great films and his winery is massive and very much stands out amongst the great wineries of Sonoma County.  The vines cover many, many acres and on the bushes grow many, many different varieties of grapes. 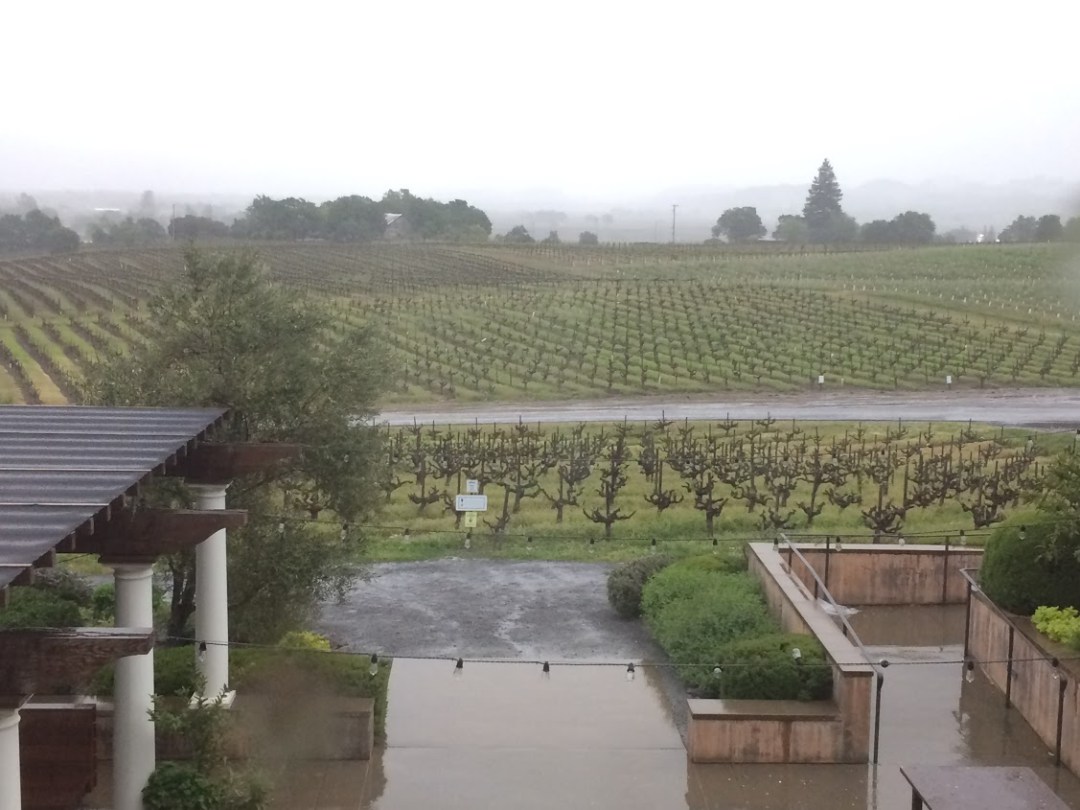 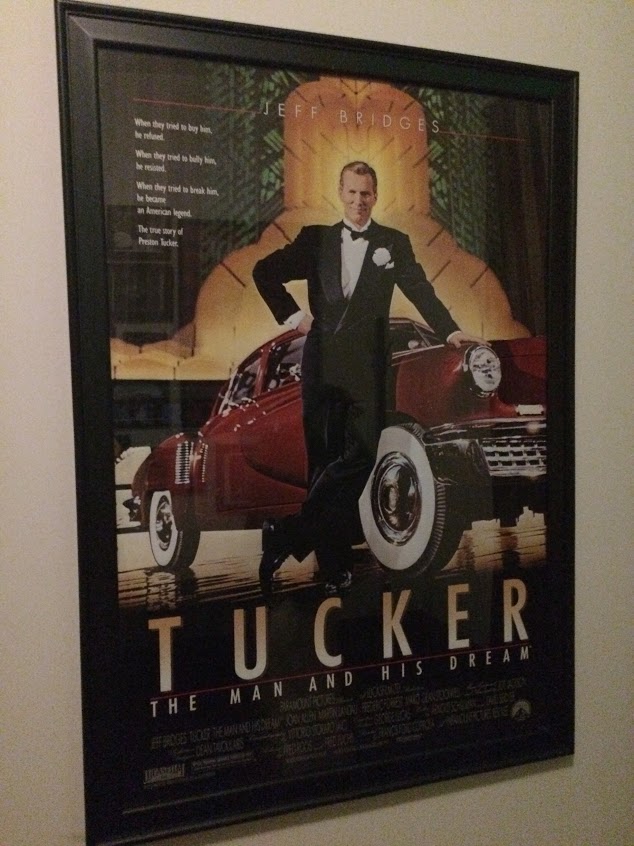 At the winery there is wine tasting and at this one you can actually stay for a holiday, there is a hotel attached, very smart hotel so it’s not within my budget but we went to taste some wine anyway.  There was some really expensive wine there but the way I look at it, no matter how much you spend the hangover is the same in the morning. 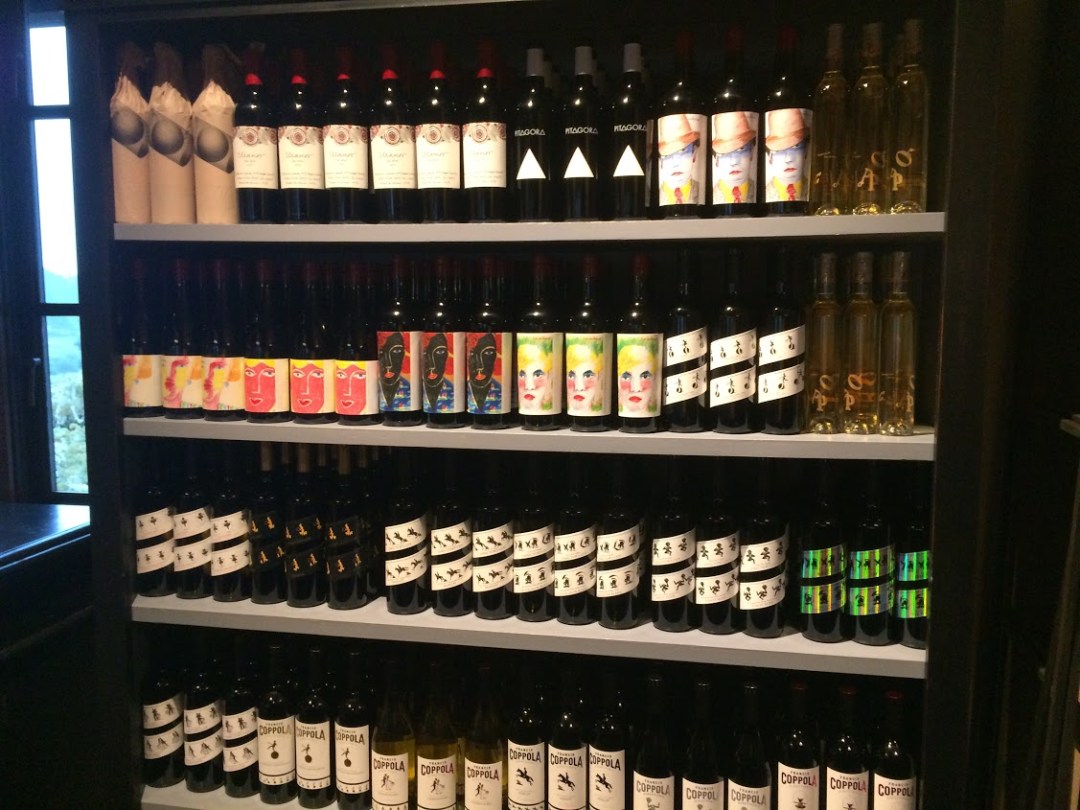 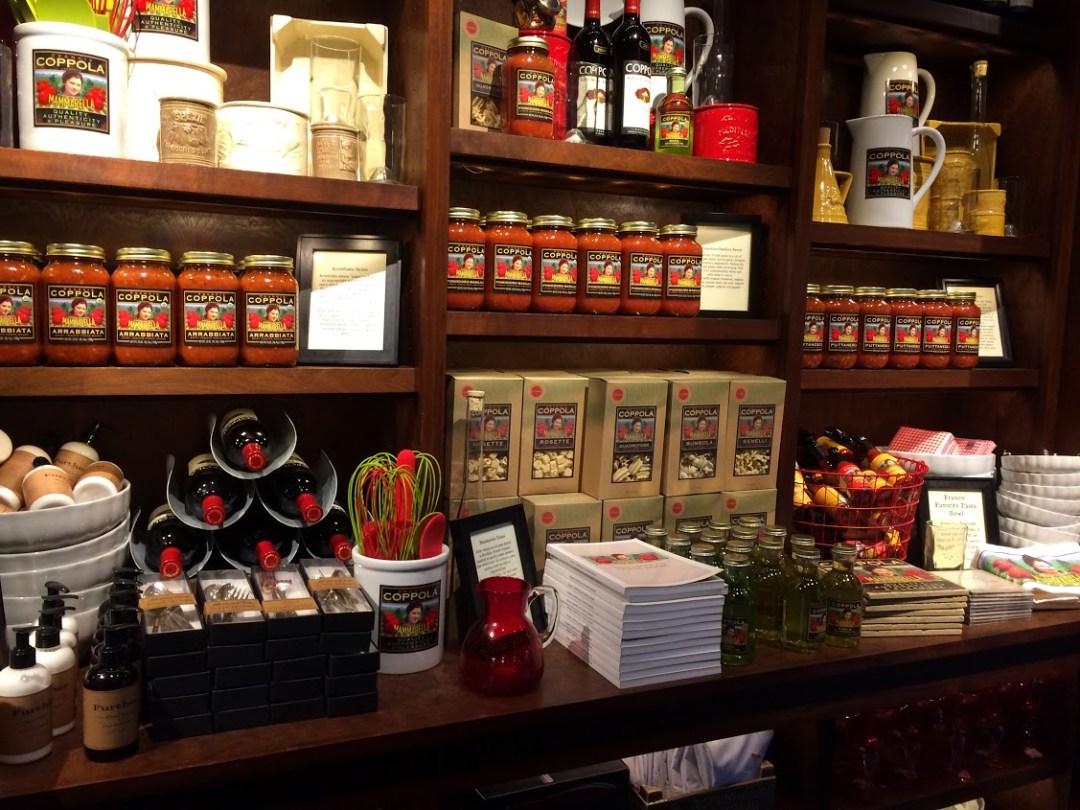 The people I am staying with don’t drink so we didn’t taste many but we got to see the splendour and did the tour of the vineyard and cellar but there is also a shop where they sell many other products which complement the wine.  One of the best things about this winery is the museum dedicated to all the films Coppola has directed. 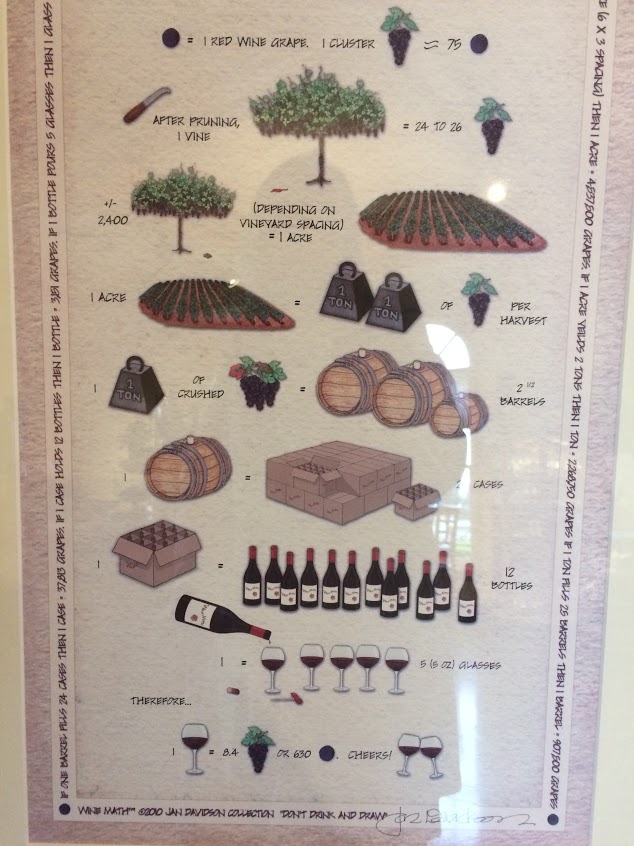 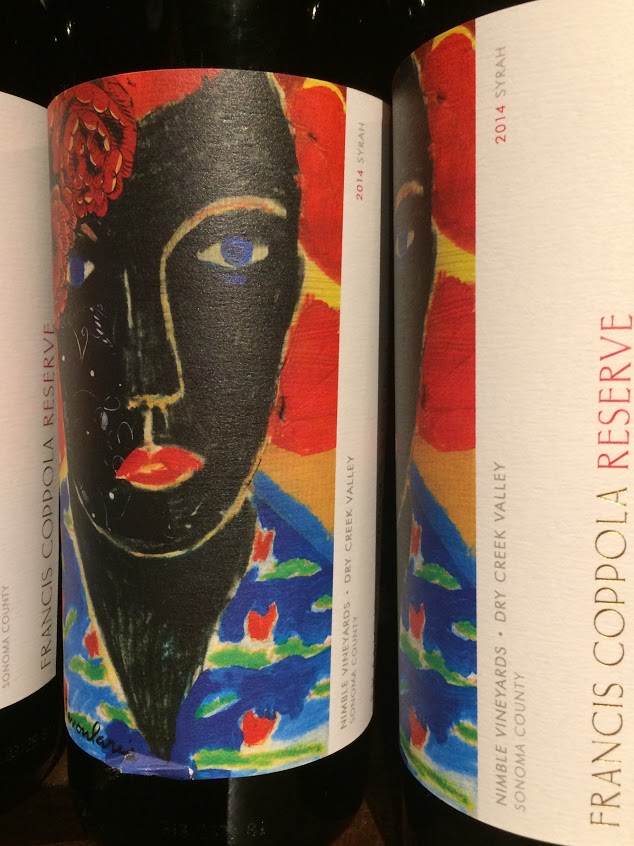 There are many wines made at this winery and they include Archimedes, Eleanor, Francis Coppola Reserve, then there is the Storytellers range, Sofia, Directors cut, Director’s, Director’s great movies, Diamond Collection, Rosso and Bianco and Vortre Sante which are all collections of very fancy wines in very fancy bottles. 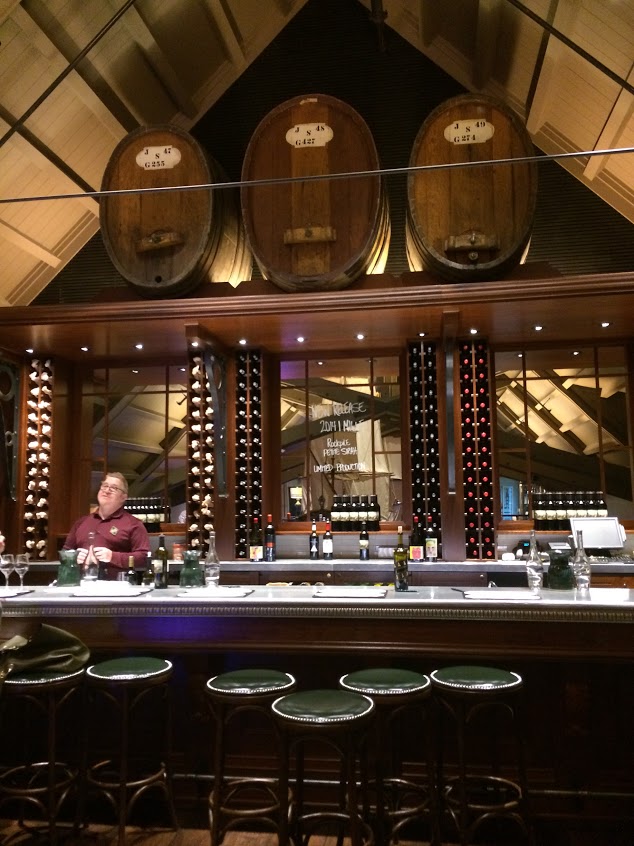 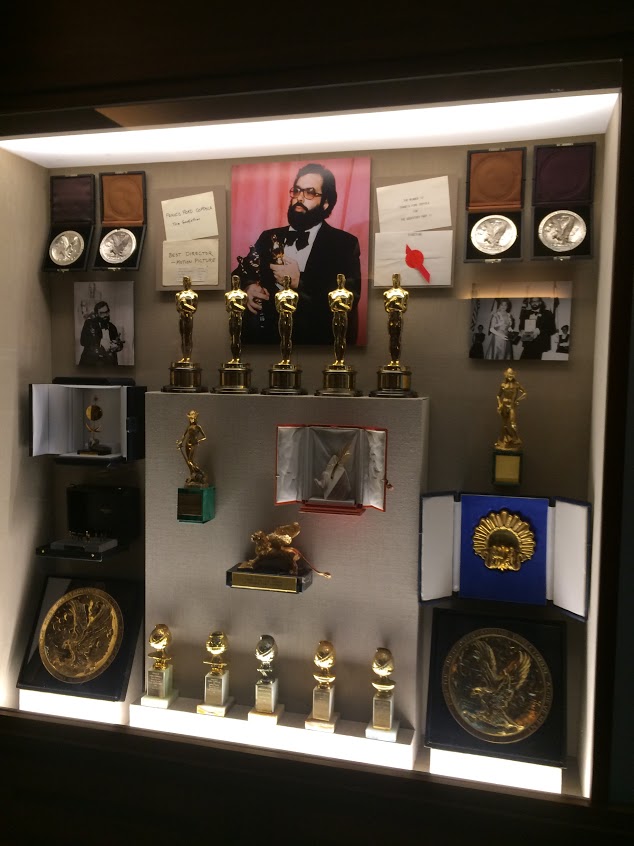 When we visited it wasn’t very busy as it was a week day and the weather was not good, it was unusually raining, so we had the chance to have a good look around, it was a beautiful place and you could tell a lot of money had been spent there and was still being spent by many visitors. 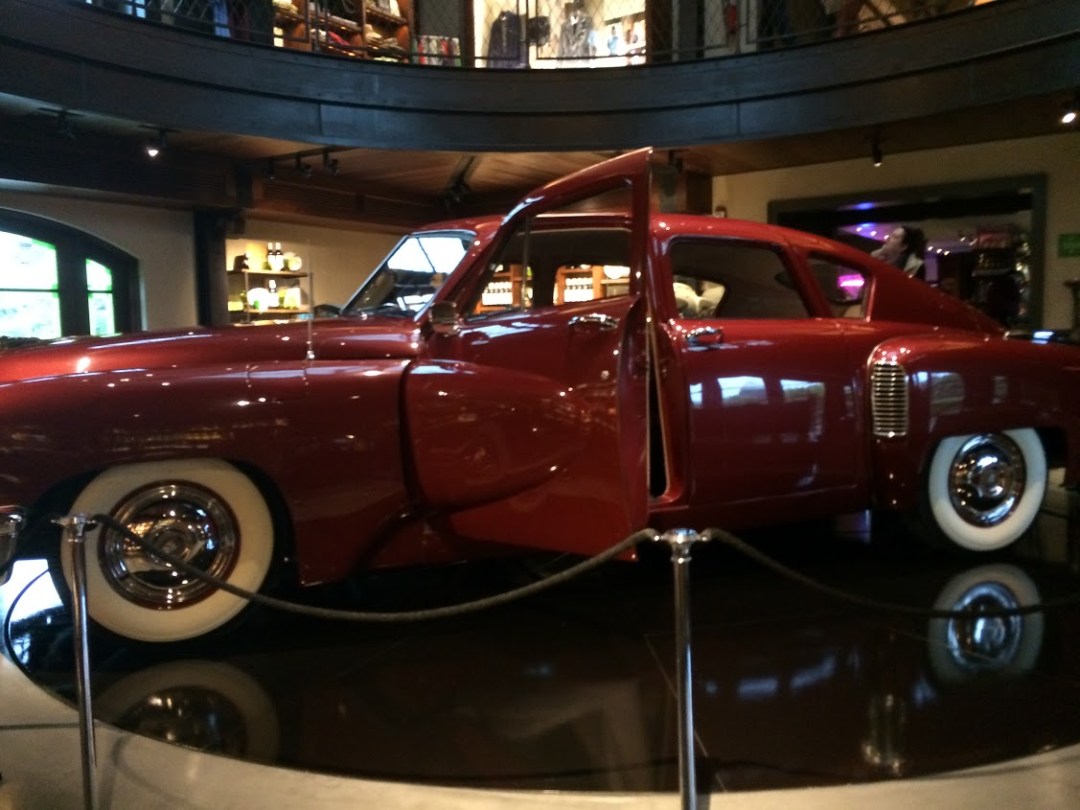 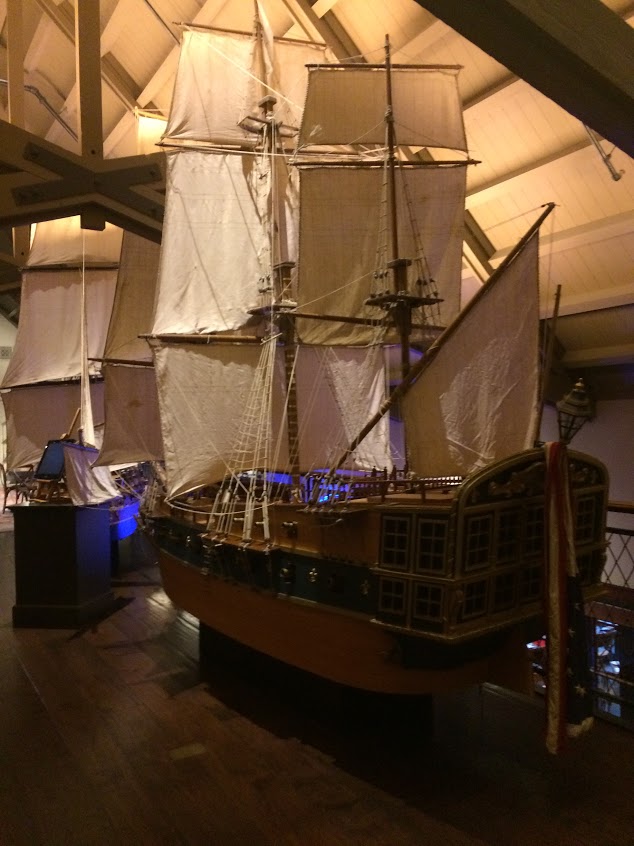 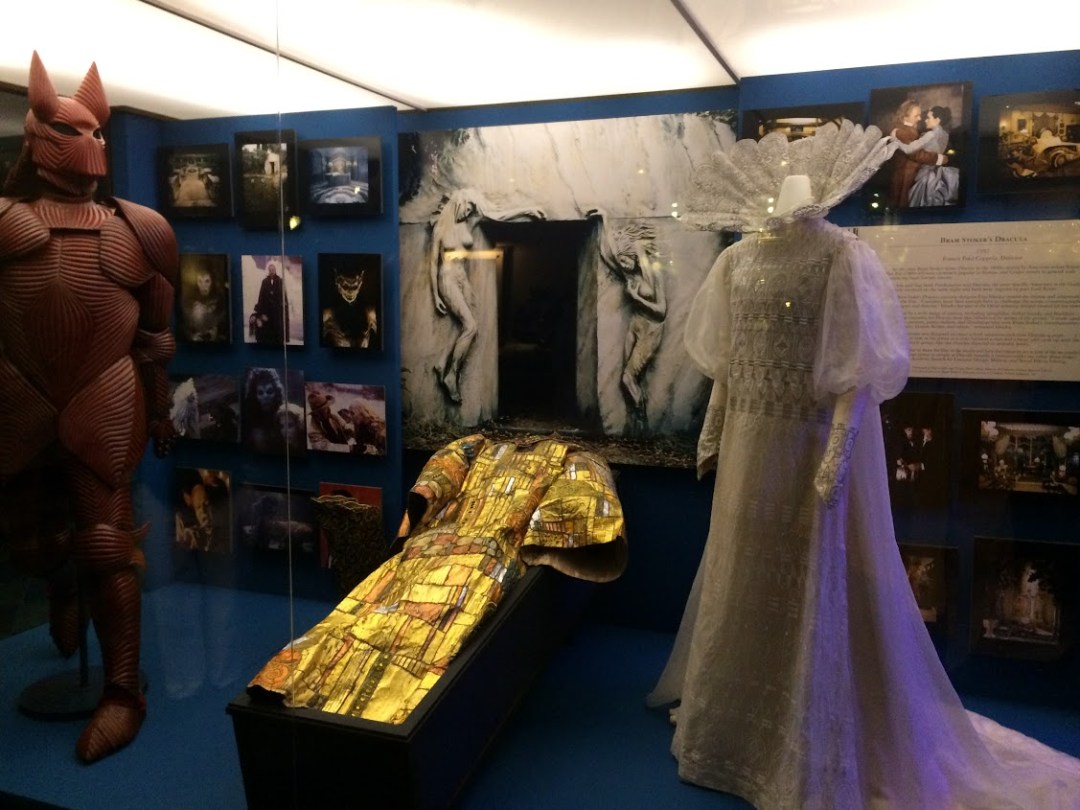 The wine Eleanor is a new wine made in honour of Francis’s wife whom he greatly admires and attributes with playing a huge part in his and the family’s success.  A lot of his wines have won many awards not least Eleanor which has won Gold for the Sommelier Challenge 2016. 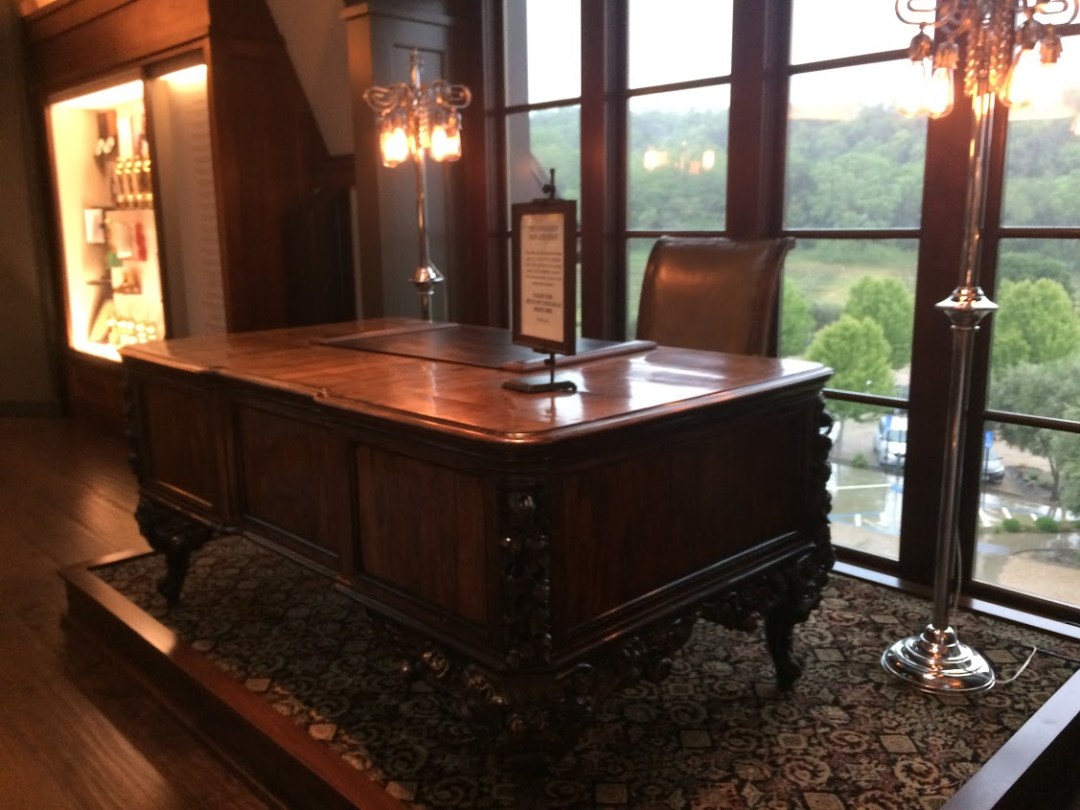 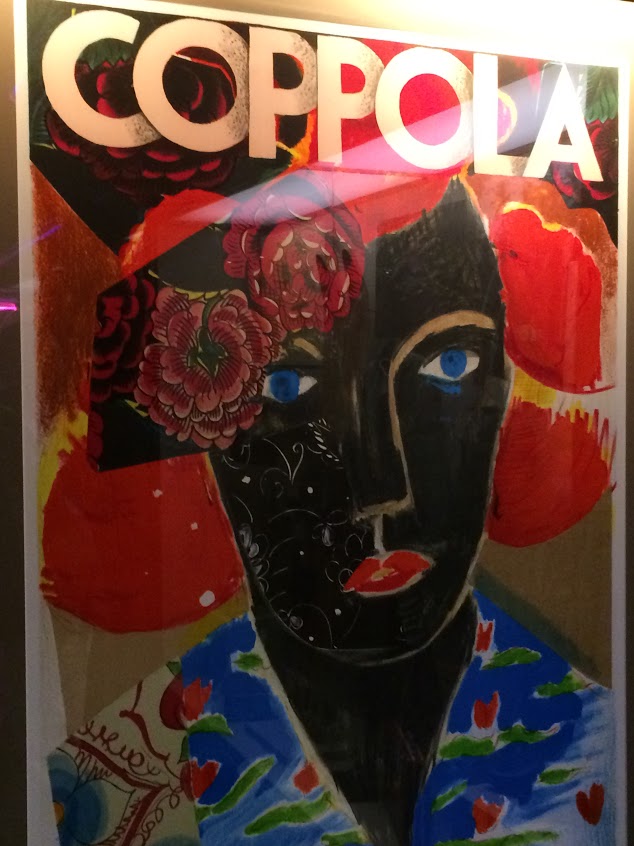 When I say a museum in honour of his films I mean the car that was in the film Tucker is on display, the desk that Corleone sat behind in the Godfather, the costumes from Dracula as well as lots of other memorabilia all take pride of place in the wine house and shop.  Also there is a large ship on the second floor, I’m not sure if it was from a film or if it is there for effect, either way it looks fab! 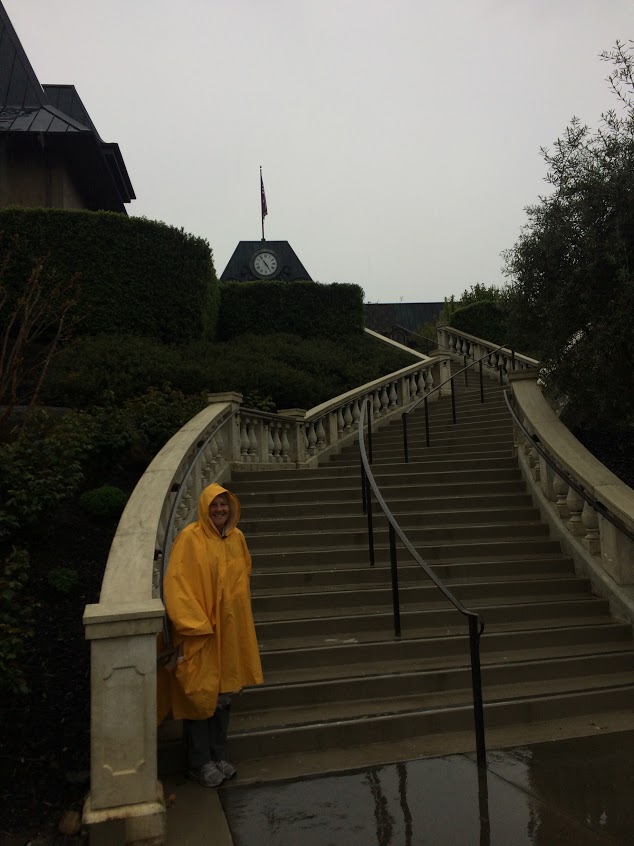 There are also posters everywhere, pictures of Francis with famous stars of the movies and there is a big cabinet with all the Oscars won and academy awards.  It is a beautiful place where what’s on offer is more than just wine and it was great to see all the memorabilia while tasting the wine.  But at the end of the day my favourite was a bottle of Pinot Noir Cherry Blossom which we bought from Trader Joe for $3.99!!!! 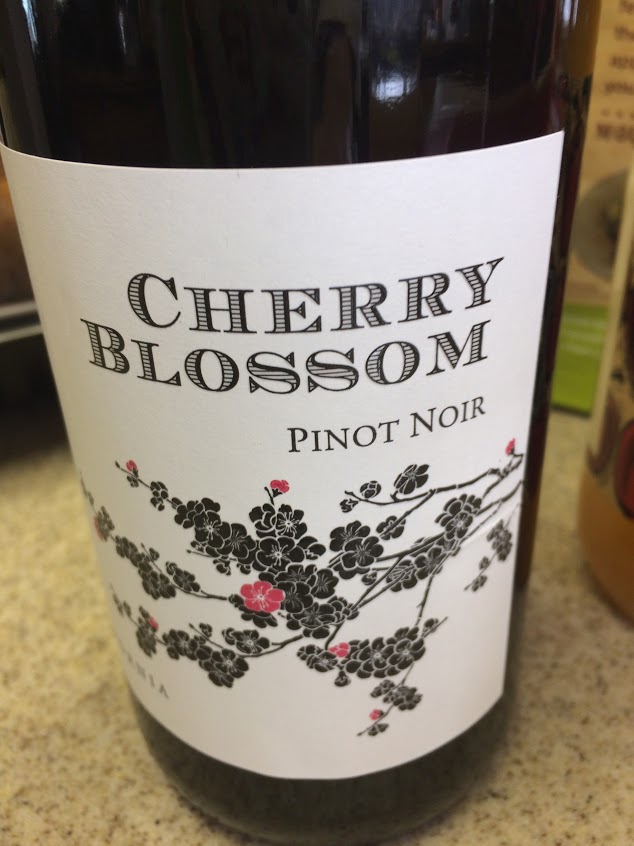