Summer of Love at the De Young Art Museum 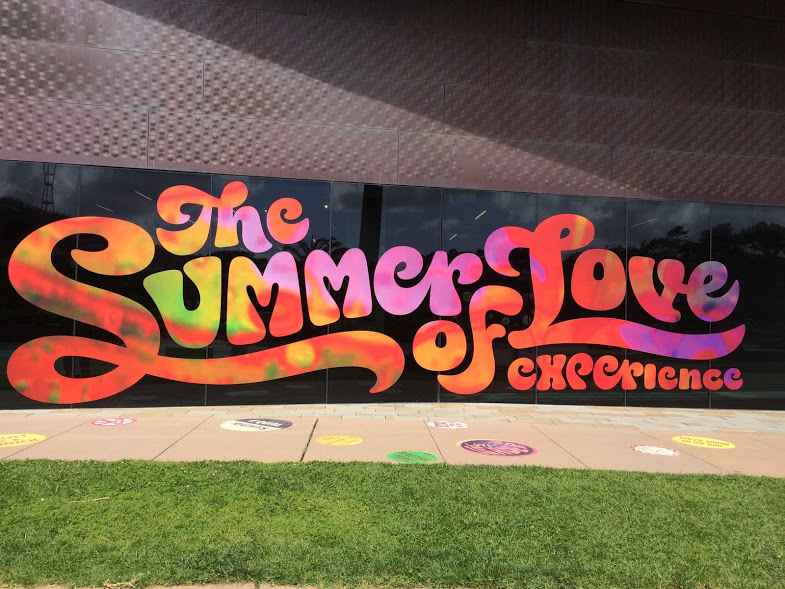 I spent the day at the De Young Museum of Art, it wasn’t my intention to stay there so long it was just so amazing, I always love art museums but there is always so much stuff that doesn’t really interest me but in this one I loved everything.  I had been given a free ticket by Ingrid but on arrival to see the Summer of Love exhibition I was told that it cost extra to see the two extra exhibitions so I paid another $15 to see both.  One was “The Summer of Love” a temporary installation showing  the fashion, music and art of the 1967 summer of love when everyone was “dropping acid” in the hip Haight and Ashbury district. 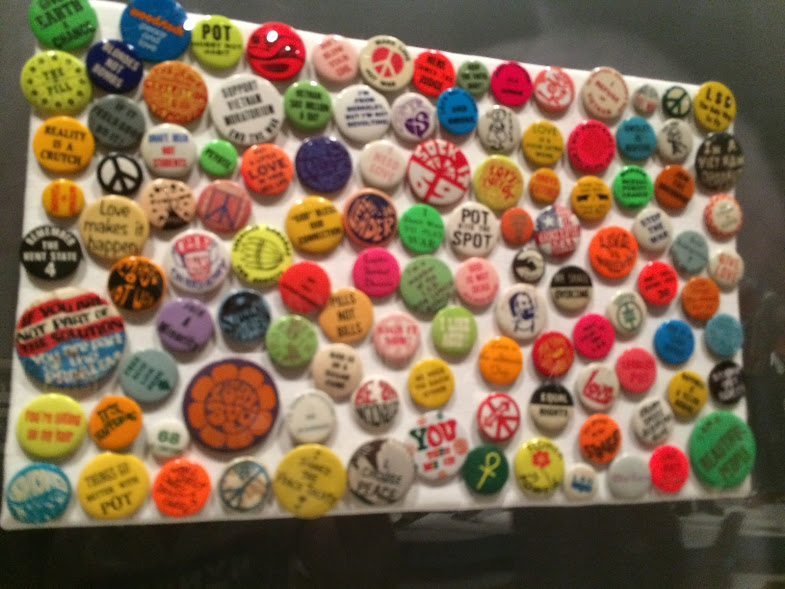 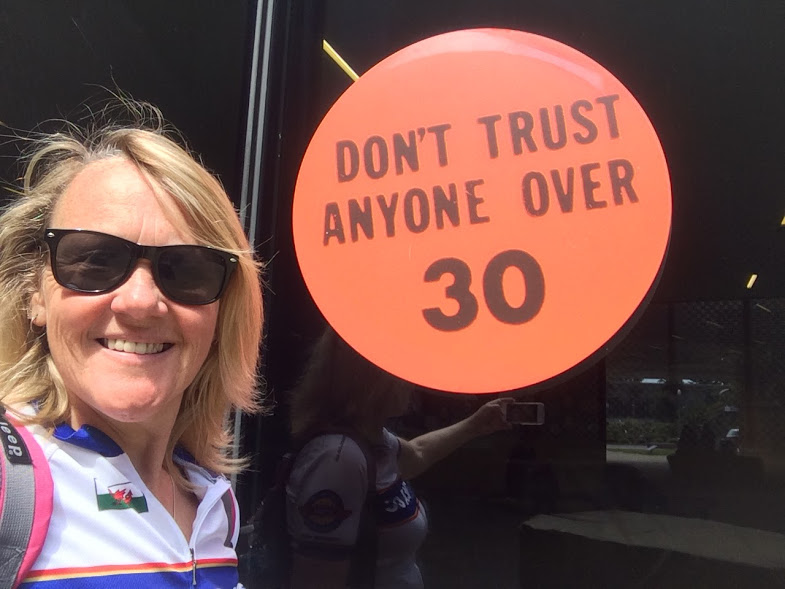 The other was a temporary showing of Stuart Davies’s work, he is a bit like Kandinski and Picasso, abstract art, not sure why I have never heard of him before?  The other permanent art on show was Danny Lyon’s photography and Frank Stella’s prints along with African, American and modern art alongside Worldwide Tapestry traditions and a huge installation at the entrance by Leonardo Drew. 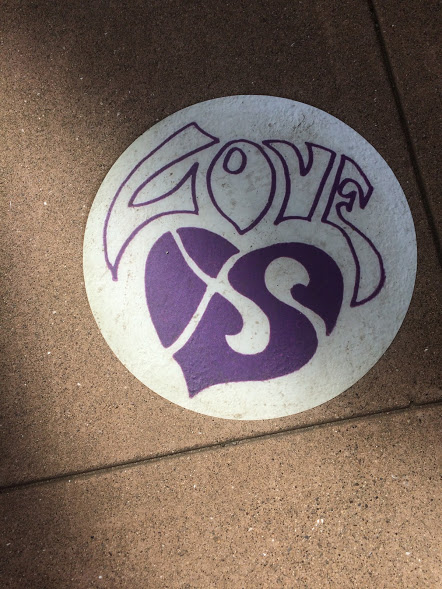 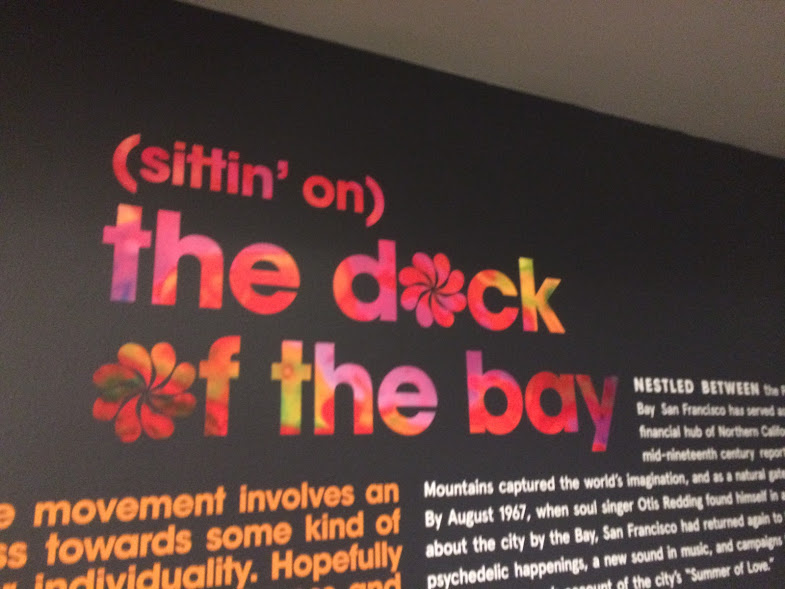 This museum is special, it is in Golden Gate park surrounded by fantastic gardens and lakes, I cycled there from where I am staying with Finbarr and family which is very close by.  The building is very modern and designed for art.  The outside eating area at the back is surrounded by outside art installations and beautiful garden with a circular observatory which enables you to see the sky while sitting in the building through the large hole in the roof. 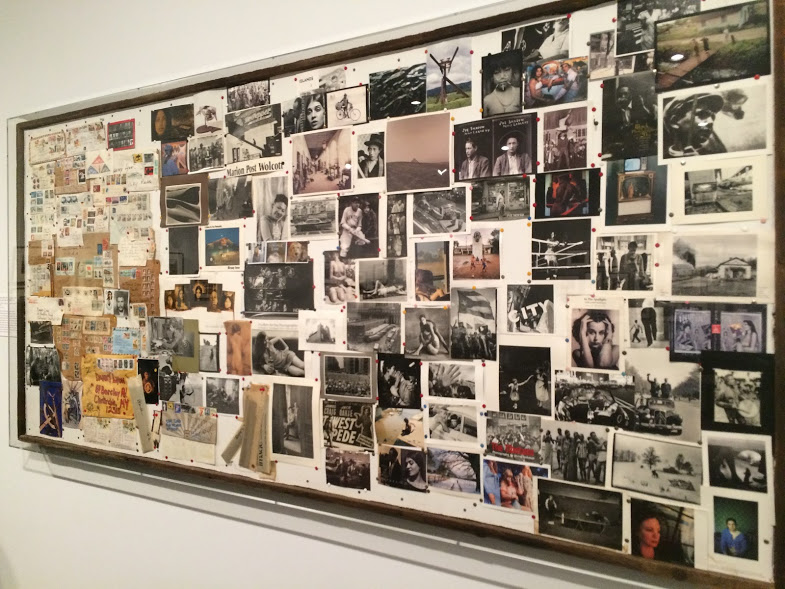 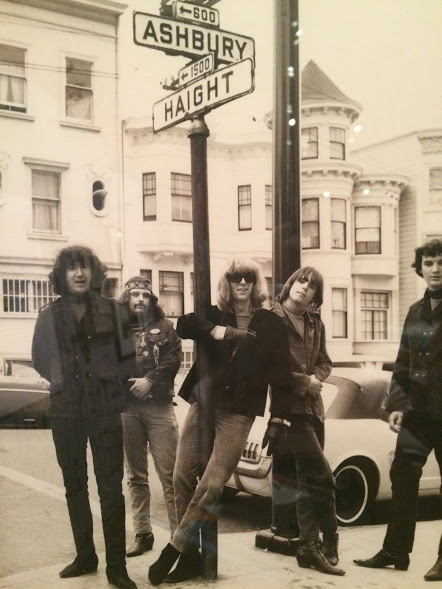 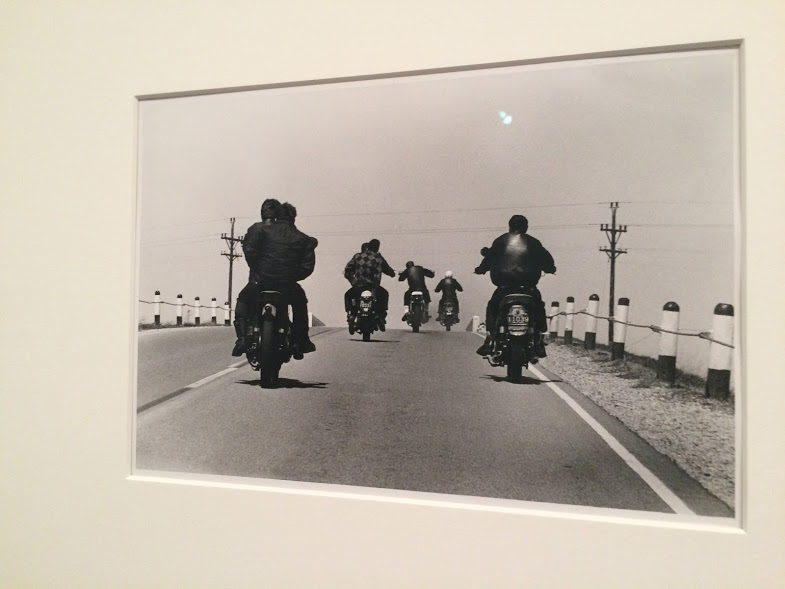 I visited a photographic exhibition in Saltzburg by Robert Frank, the photographer on display here in the De Young was Danny Lyon and their pictures are very similar, Danny Lyon takes photos of real Americans, in the raw, sometimes the ones others might not be interested in, the people considered to be on the fringes of society, but he enjoyed his work so much that he moved to live among the people he photographed, he was a big biker and loved to take photos of his biking trips and whenever he had a new photographing project he became totally involved with the people, once he was photographing demolition derby cars and he bought his own and competed so he could really know what it felt like to be part of the scene. 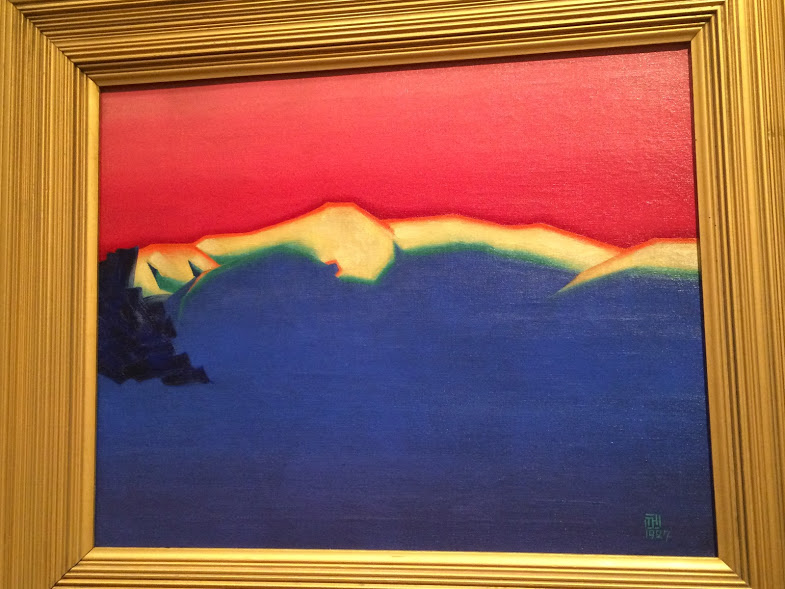 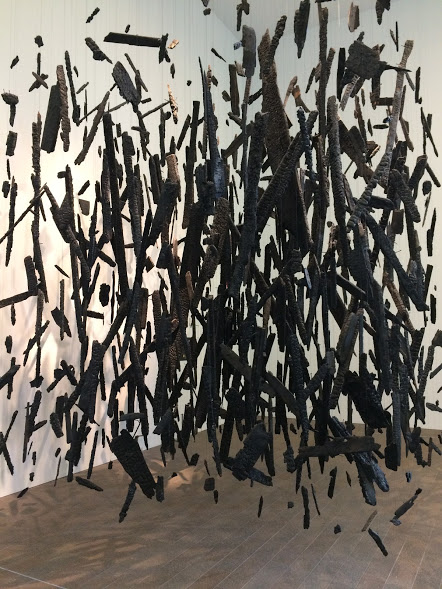 This exhibit was made from burnt pieces of wood which were part of a church burnt down by racists so the artist turned the ugliness of hatred into a thing of beauty! 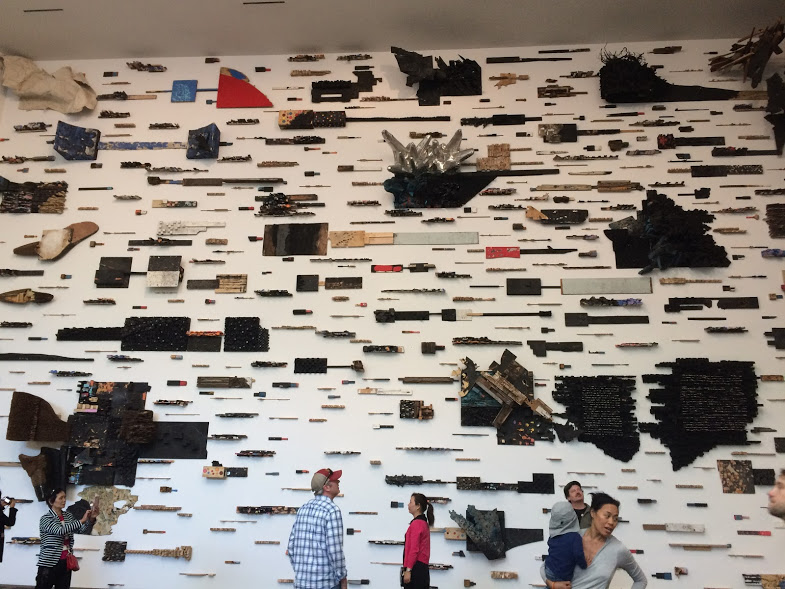 This is a huge installation at the entrance made with all sorts of debris! It looked very effective.

There is so much to write about the De young museum and all the art but I just need to say how fantastic the museum itself is, and the Summer of love Exhibition was an insight into how free and hip life was in the 60s and in particular the 1967 summer of love in San Francisco which involved drugs and parties and rock n roll! 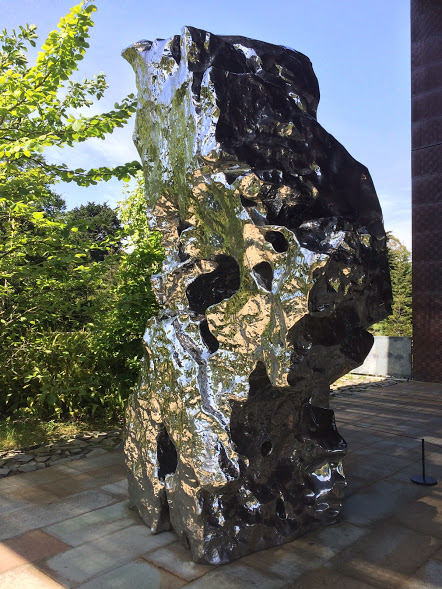 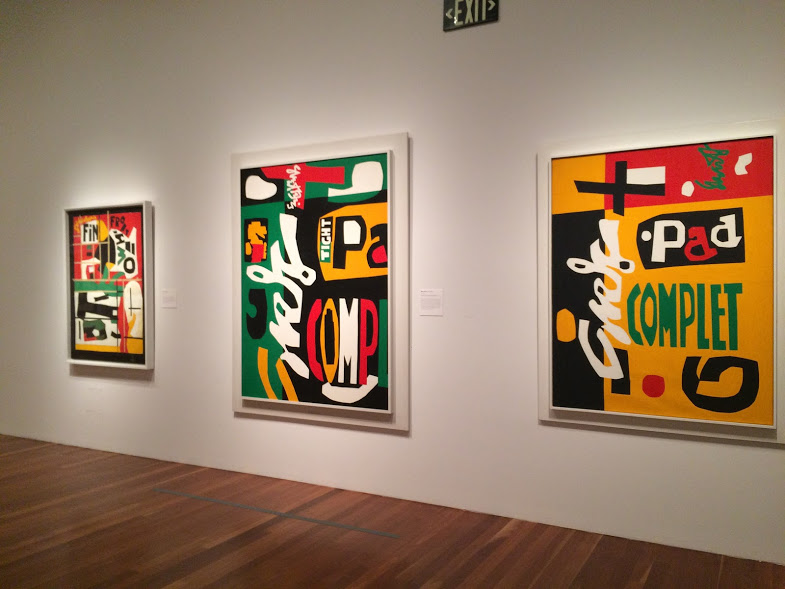 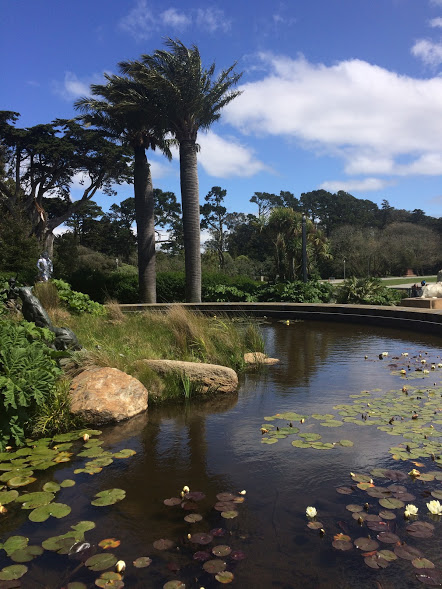 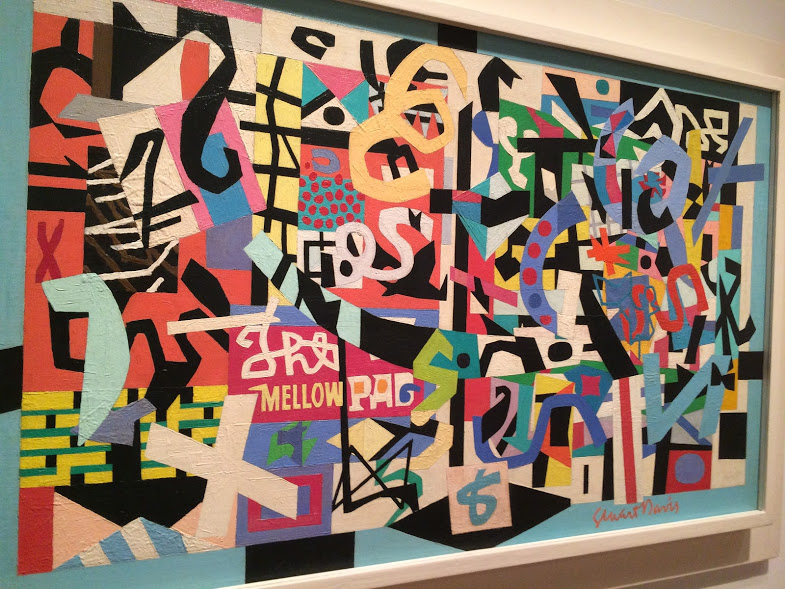 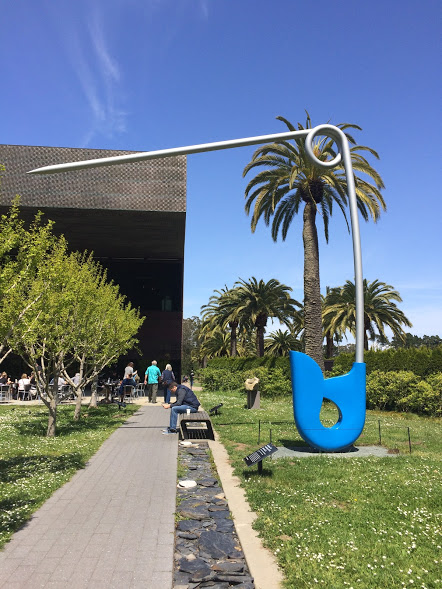