Watching the Sea lions at Pier 39 and Fisherman’s Wharf! 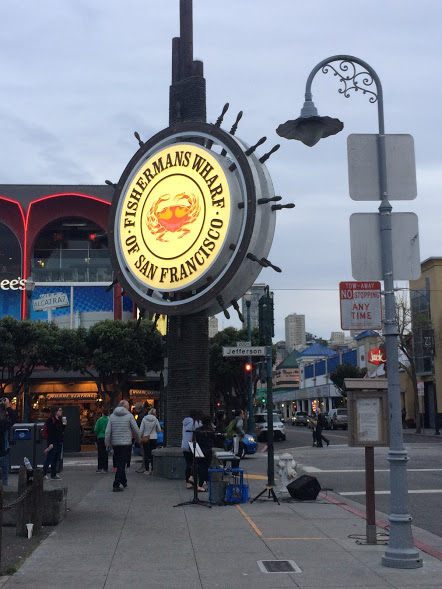 I had heard before I came that I should go to Pier 39 but I thought it was because of the fisherman who still land their catch near the pier but there is so much more to Pier 39 that the fishermen, to be honest it is a bit of a Blackpool type place in that is has amusements, shops, bars etc. on the pier which is huge but of course you are in San Francisco as opposed to dreary old Blackpool. 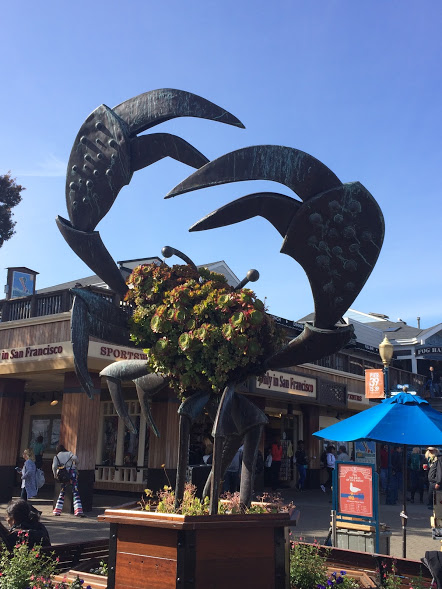 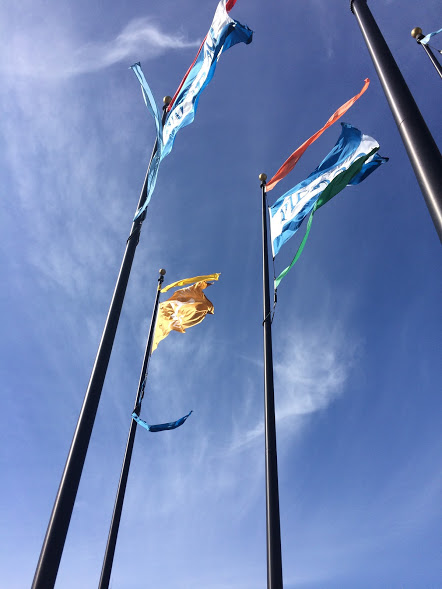 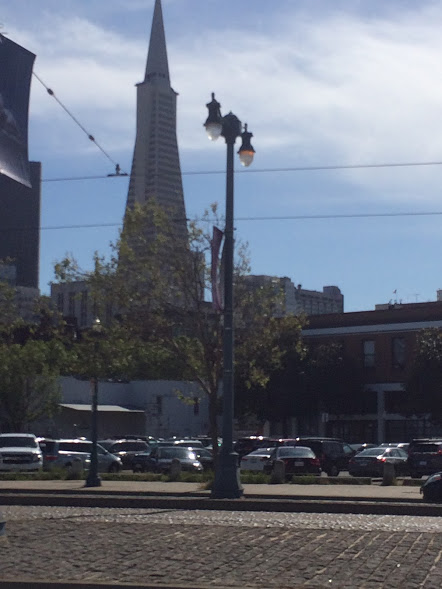 It’s brightly painted with many shops selling everything from expensive chocolate to even a shop just for left handed people called the lefties shop.  I took a pic as two of my children are left handed so I thought they might like to see it, lol!! 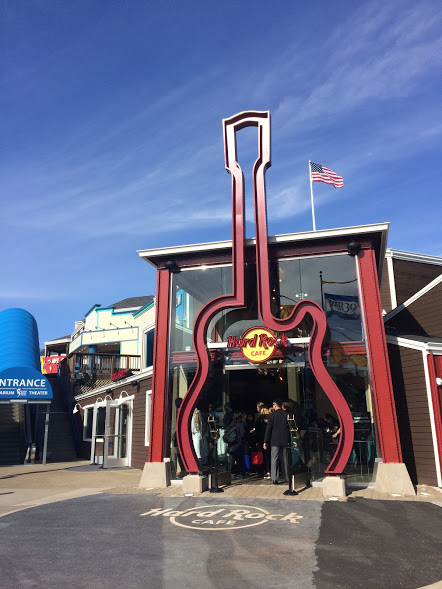 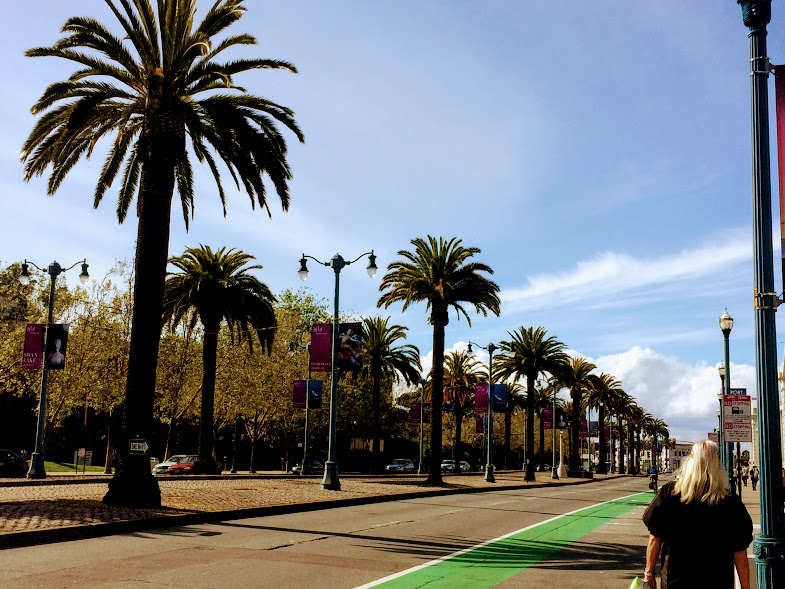 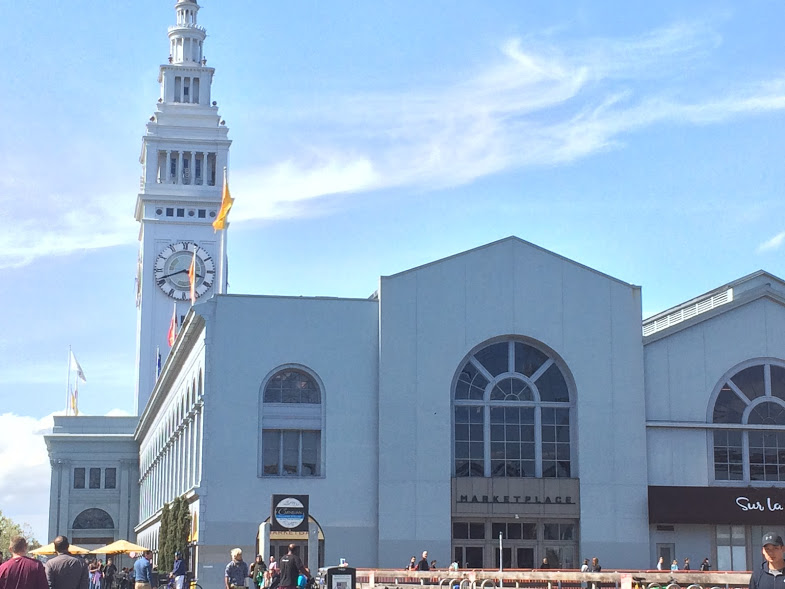 There are many bars and places to eat, selling mostly seafood, but I did see a fish and chip shop but it was $10 for fish and chips so I thought I will give that one a miss, I don’t need fish and chips that bad.  There was a luau bar which looked just like the South Pacific islands or even Hawaii with palms and grass skirt decor, I am going to try that one out next time I go.  This time I went to the sports bar which had lots of memorabilia from different American sports, adorning the walls and ceiling. Paris Roubaix was on the tv so I decided to have a cider and watch the race, I met some French people who watched some of the race with me, they were from Paris and I was telling them that until now Paris had been my favourite city but San Francisco might just change all that!!!! 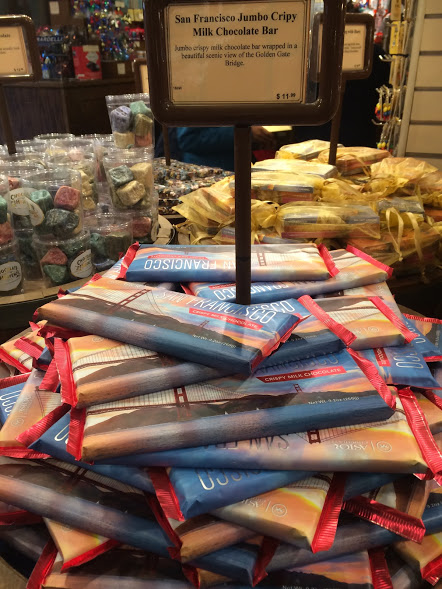 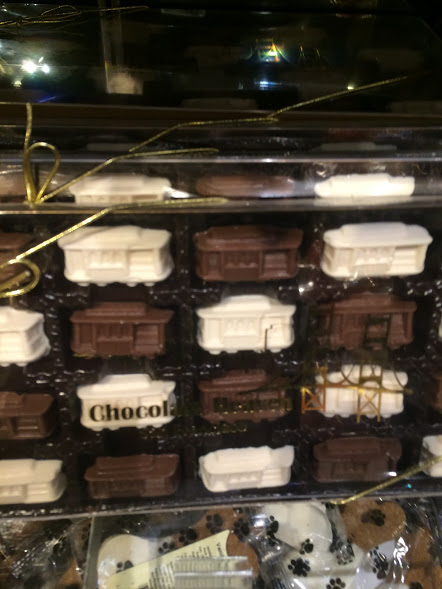 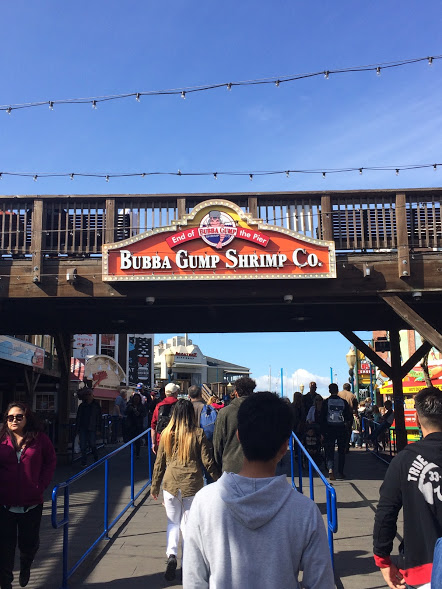 The best part about Pier 39 is the many Sea Lions who visit every day, they lie around on the pontoons and fight with each other, and it looks as if they are performing for the public.  There are viewing areas in this part of the pier where you can just sit and watch the sea lions perform, they have chosen to come here of their own accord.  After the Earthquake of 1989, the Sea Lions made an appearance in 1990 and the scientists can find no reason why they suddenly came and no reason why they stay, but they are there in their hundreds, not just a few.  It is lovely to just sit and watch them fight with each other and jump off and on the different pontoons or just bask in the sun.  I took lots of pictures and of course there were many seagulls also around the pontoons, you are not allowed to feed the sea lions so no one does, we all just watch, although some people feel the need to make the same noises as them, now I can understand when kids do it but grown up people, making sea lion sounds, just sounds stupid!!! 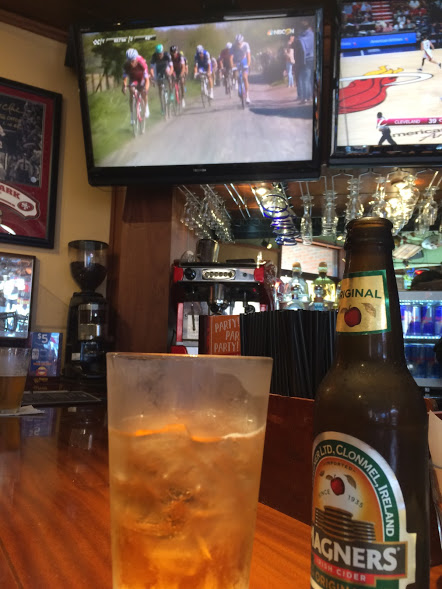 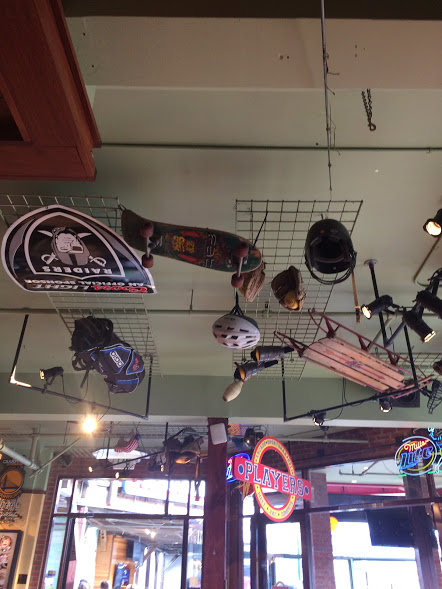 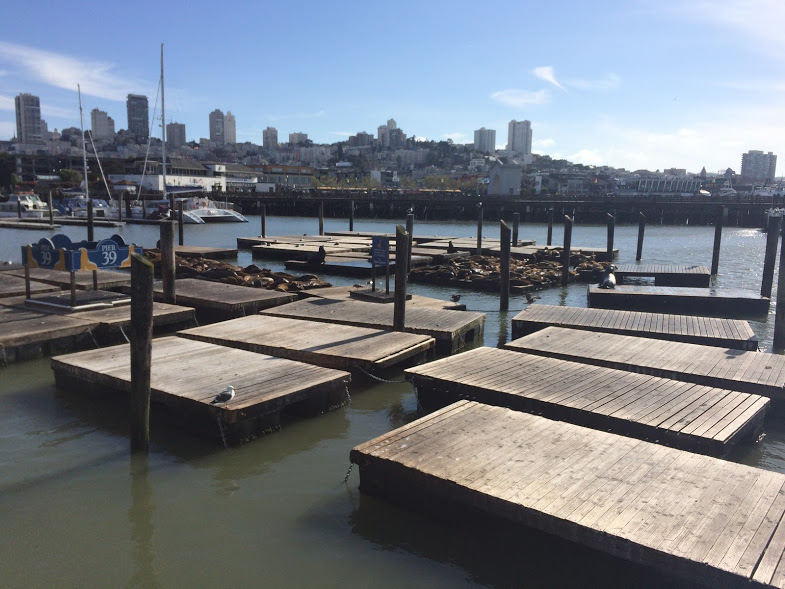 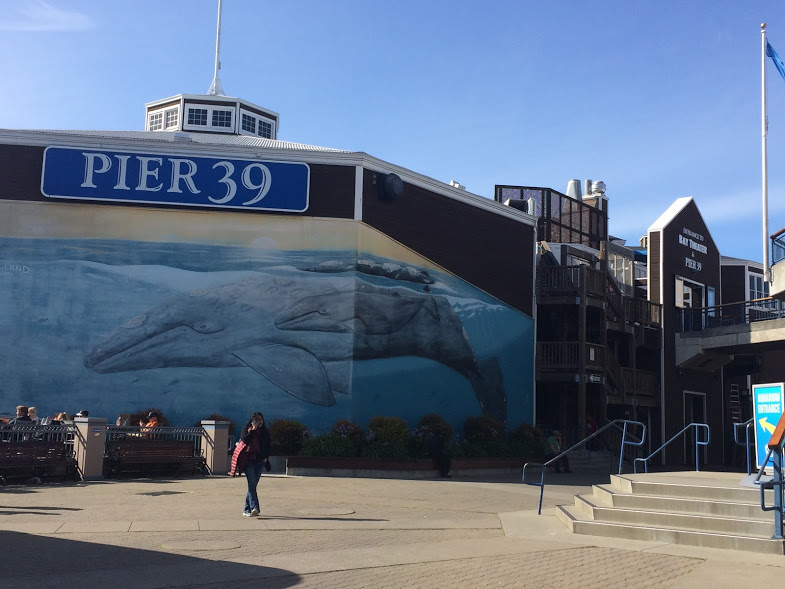 By the time I came off the pier it was getting dark so I made my way over to Fisherman’s Wharf which is just further along the front and the tram was heading back to where I needed to catch my bus so I jumped on and took a trip through the city in the dark, it looks just as wonderful all lit up.  I got off at Montgommery then caught the Geary bus back to the place I am staying on 16th Avenue.  Everyone was in bed when I got in so I quietly made my way to my room! Another fabulous day! 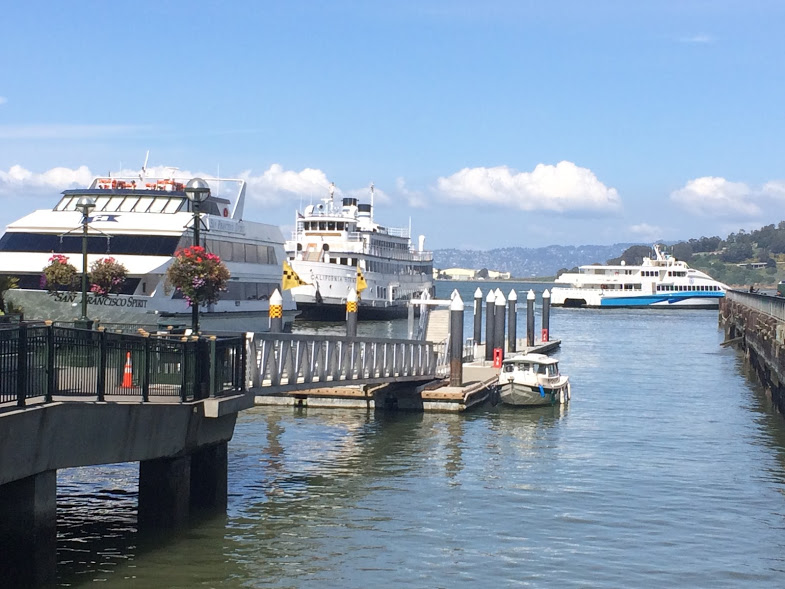 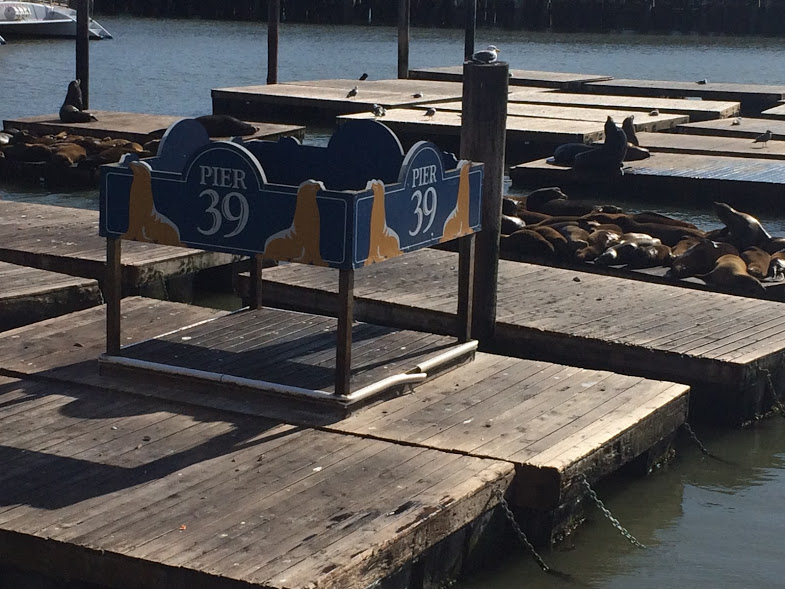 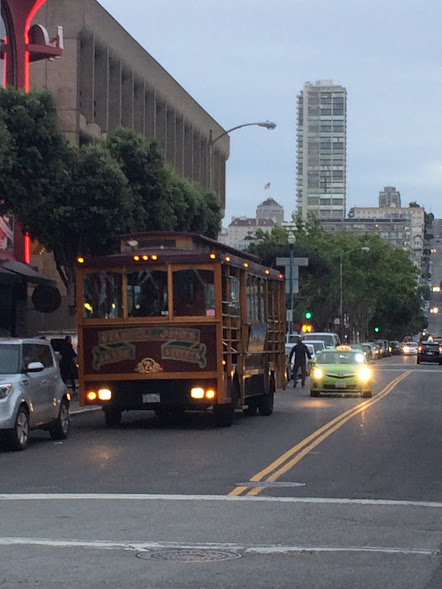 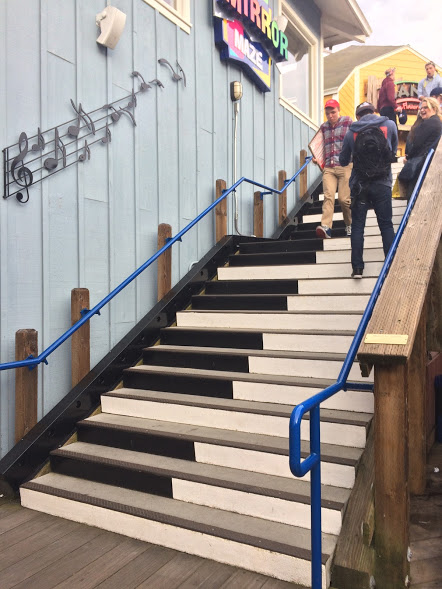 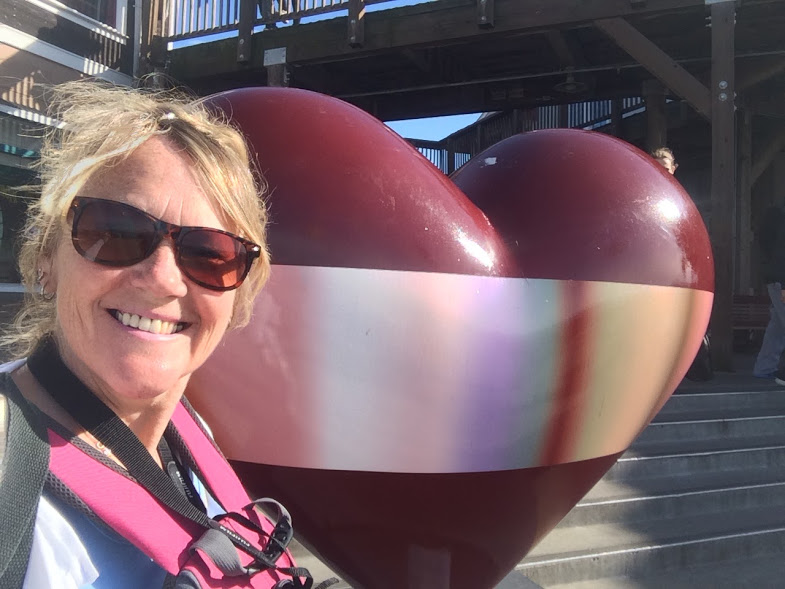